Skip to content
Public health officials issued a "stay-at-home" order to be in effect until further notice. We've closed our office at 1035 Market Street and only offering essential services at Strut and the 6th Street Harm Reduction Center. Learn more.
Research

Tracking antibiotic-resistant gonorrhea can help us learn about how it spreads—and improve treatment and care.
By San Francisco AIDS Foundation

By participating in a CDC-funded program known as Strengthening the U.S. Response to Resistant Gonorrhea (SURRG), San Francisco AIDS Foundation is adding to the growing body of knowledge about antibiotic-resistant gonorrhea—while at the same time improving treatment and care for people diagnosed with this common STI.

“These projects are very important,” said Janessa Broussard, NP, a provider at SFAF. “If we see decreased susceptibility to one or both of the recommended treatment options, and we eliminate that strain by trying to cure everyone who was exposed to it—then it is no longer an issue. That’s where we want things to stay.”

As part of SURRG, SFAF nurse practitioners collect samples from people with confirmed cases of gonorrhea (with their consent), and send the samples to be analyzed by the lab at the San Francisco Department of Public Health. The test measures how “susceptible” the gonorrhea bacteria are to three antibiotics commonly-used to treat gonorrhea infection.

“They test for the minimum inhibitory concentration of each antibiotic,” said Broussard. “In other words, the minimum amount of antibiotic that is required to kill the bacteria.”

Individuals found to have decreased susceptibility are also interviewed, in hopes to learn more about factors that increase resistance.

About a week after the samples are taken, health care providers at our clinic receive a report with information about the gonorrhea strain analyzed. If the test finds that there’s reduced susceptibility to one or more of the medications, additional follow-up is needed.

“While a number of new antibiotic agents are in development to treat gonorrhea, drug development has been slow, prompting the need for creative strategies to better use the drugs we already have,” said Christopher Hall, MD, SFAF’s vice president of medical affairs.

SFAF agreed to participate in SURRG voluntarily, explains Hall, in order to synergize community efforts against the worsening threat of antibiotic resistance. “The Foundation stands ready to work with DPH on this and other projects, also including testing individual gonorrhea strains for susceptibility to agents previously used but then put aside,” a companion effort Hall anticipates launching in the next 6-12 months.

Antibiotic-resistant gonorrhea can develop when low or ineffectual doses of a particular antibiotic are taken, or if the bacteria strains are particularly virulent and are able to overcome the effects of the antibiotics. Without rigorous testing and treatment, resistant gonorrhea can spread unchecked throughout populations. Over time, gonorrhea bacteria have slowly developed resistance to multiple antibiotics used to treat gonorrhea, including penicillin and ciprofloxacin. 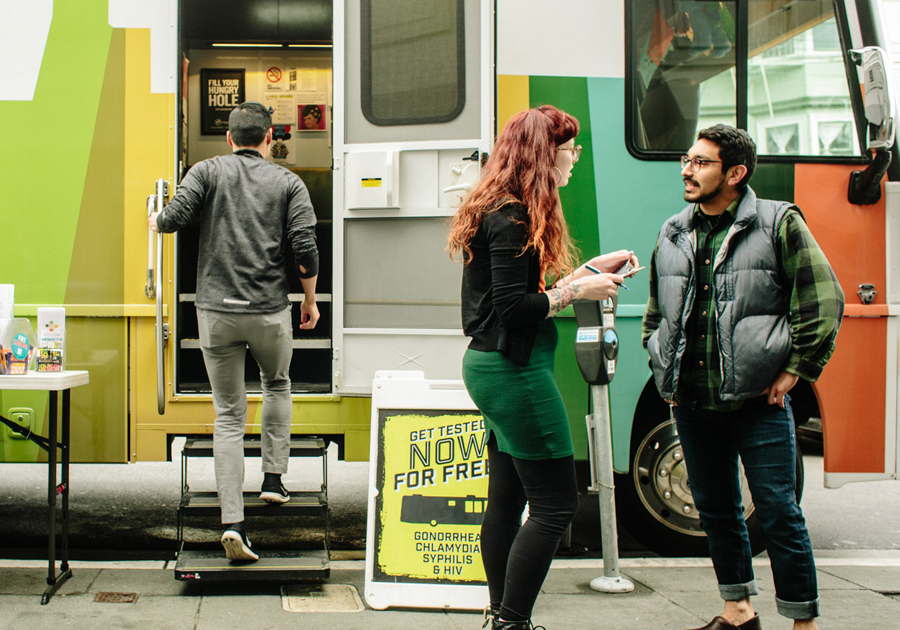 Get tested for gonorrhea

Gonorrhea is a common infection. Oftentimes, you won’t experience any symptoms with a gonorrhea infection—especially if it’s in your throat or butt.

Get tested for gonorrhea by visiting any of our friendly and non-judgmental testing sites: Magnet, 1035 Market Street, the Harm Reduction Center or our Mobile Testing Unit.

In 2006, CDC had five recommended treatment options for gonorrhea. Since 2015, there has only been one recommended first-line treatment (a combination of two drugs), after resistance to a commonly-used medication named cefixime increased to concerning levels, prompting the recommendation for dual therapy. An estimated 30% of new gonorrhea infections in the U.S. are resistant to at least one antibiotic. In California, the percentage of gonorrhea specimens with reduced susceptibility to azithromycin doubled from about 4% to 8% from 2017 to 2018, according to San Francisco Department of Public Health.

Broussard did caution against over-hyped fear of antibiotic-resistant gonorrhea or so-called “super-gonorrhea.”

“There can be a lot of fear and questions around this issue,” she said. “Right now, there are proactive steps that people can take to protect themselves, including getting regular STI testing. I emphasize to clients that they are getting effective treatment. Know that if you’re diagnosed with gonorrhea, your provider should be giving you two medications—ceftriaxone and azithromycin. The focus now is about identifying and curing STIs and bringing down these rates of transmission.”

The SAS team shares that the Outreach and Mobile Health Access Van has returned after getting some amazing outfitting.

The SAS team reports a big increase in the number of people who access services last month, and talks about the technology that has contributed to the effort.