SFDPH announced there were 197 new HIV diagnoses in San Francisco in 2018, a historic milestone in the fight to end the HIV epidemic. Disparities indicate work to be done.
By San Francisco AIDS Foundation

SAN FRANCISCO, September 10, 2019—San Francisco Department of Public Health (SFDPH) announced there were 197 new HIV diagnoses in San Francisco in 2018, a historic milestone in the fight to end the HIV epidemic. This represents a 13% decline from the prior year (227 new diagnoses). At the same time, the report shows increases in HIV diagnoses among African American and Latinx individuals, people experiencing homelessness and people who inject drugs. Viral suppression, an indicator of positive health outcomes for people living with HIV, was lower for African American and Latinx people, cisgender women and trans women, people experiencing homelessness, and people who inject drugs than for people living with HIV overall.

“San Francisco continues to make unprecedented progress towards ending the HIV epidemic,” said Joe Hollendoner, CEO of San Francisco AIDS Foundation (SFAF). “However, we continue to see racial disparities related to HIV health outcomes. To end HIV transmission and AIDS-related deaths, the public health system needs to address the systemic racism that is inhibiting our progress. San Francisco AIDS Foundation’s new five-year strategic plan charts a course for our organization to improve the sexual health outcomes of people of color and other priority communities. To end the epidemic we cannot leave anyone behind, we must achieve this ambitious goal together and prove to the world that it can be done.”

HIV & People who Inject Drugs
The SFDPH report indicates a continued rise in the number and proportion of HIV diagnoses among people who inject drugs (PWID), and lower viral suppression rates for PWID than people overall. Strikingly, PWID also have the lowest three-year survival of all transmission categories.

“The stigma of substance use contributes to the disparities in HIV transmission and viral suppression for people who inject,” said Lara Brooks, chief program officer at San Francisco AIDS Foundation. “Providing wrap-around care, sterile supplies, and treating people for hepatitis C coinfection are all steps towards the solution we need, but we need to do more. San Francisco AIDS Foundation fully supports the legalization of overdose prevention services as outlined in Assembly Bill 362, and we look forward to being able to use all the tools we need to end the HIV epidemic.”

HIV & Aging
The SFDPH report shows that 67% of people living with HIV in San Francisco are over the age of 50. Early diagnosis, effective treatment, and adherence to treatment extend the lifespans of people living with HIV, but people living with HIV over age 50 experience higher risk of comorbidities, post-traumatic stress disorder, and other health complications. Programs like SFAF’s Elizabeth Taylor 50-Plus Network work with long-term survivors of HIV to address challenges they face like social isolation, threats to their physical health, and housing issues.

“Quality of life has always been a major concern for people living with HIV,” said Vince Crisostomo, manager of the Elizabeth Taylor 50-Plus Network at SFAF, and long-term survivor of HIV. “For long-term survivors that includes mental health issues associated with multiple trauma and post-traumatic stress, as well as food insecurity, but losing their housing is probably the chief concern. Having stable housing is the bedrock to better health and being adherent to life-sustaining treatment. That can be challenging when your disability benefits change and you’re living on a fixed income. Many of us were told we weren’t going to live, we slipped into isolation and here we are. Facing the challenges of getting older is impossible if you’re going it alone. We want to be able to provide a strong network to keep people connected to friends, community and service providers in an effort to get them the support and care they need. Ultimately, to keep them in their homes. To nearly all the 50-Plus members San Francisco is home, to lose that would be the ultimate indignity. Our goal is to avoid that.”

HIV & Health Insurance
The SFDPH report shows that Asian/Pacific Islanders were the most likely of any race/ethnicity to be uninsured at the time of HIV diagnosis. Trans women were less likely than other genders to have health insurance when they were diagnosed with HIV. Health insurance helps people diagnosed with HIV to afford the care and antiretroviral treatment they need to stay healthy.

“Disparities in coverage rates indicate a bigger picture systems issue that must be addressed,” said Courtney Mulhern-Pearson, senior director of policy and strategy at SFAF. “Health insurance, including public programs like Medi-Cal and Medicare and our state’s insurance marketplace Covered California, are available to help people get the health insurance coverage they need, and there are many programs available to ensure that care is affordable for those who qualify.”

California residents can get insurance for the 2020 calendar year during Covered California’s open enrollment period which starts October 15, 2019 and closes January 15, 2020.

SFAF Strategic Plan
San Francisco AIDS Foundation released a new strategic plan on Sunday, September 8, which commits to four strategic priorities that support health justice for all people living with or at risk for HIV. A central idea of health justice is that health disparities like the ones indicated in the HIV epidemiology report are the result of injustices that lead to poor health outcomes. The strategic plan will have the following impact on San Francisco:

Following guidance from the California Department of Public Health, essential health workers and staff working in the clinic will be vaccinated first. 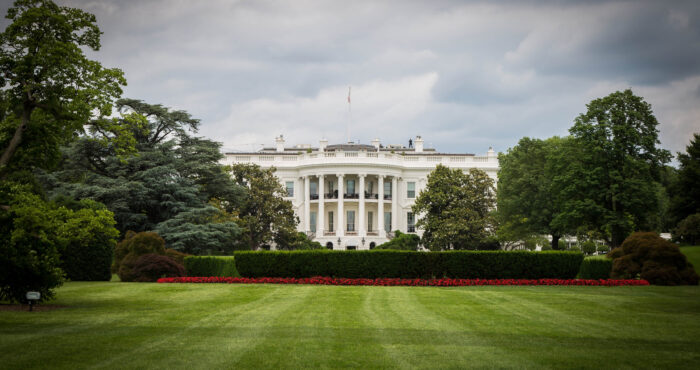