HIV stigma refers to negative beliefs, feelings and attitudes towards people living with HIV. It’s an outcome of a disease that thrives on marginalization and social inequity—and in addition to making people living with HIV feel worse, it can negatively impact health. HIV stigma ran rampant in the early days of the HIV epidemic, when the disease was poorly understood and before there were effective treatments. But what about now?

In 1997, when Versace was assassinated, “this was a time in which HIV was still a death sentence, was killing thousands of gay men,” he said. “We personally don’t think there is any stigma anymore to having HIV.”

“The stigma around HIV is just not talked about like it was in the earlier years of the epidemic, but just because it is not talked about does not mean it doesn’t exist,” said Vince Crisostomo, program coordinator for the Elizabeth Taylor 50-Plus Network at San Francisco AIDS Foundation.

“I’ve lived with HIV for 30 years and worked in the field of HIV even longer, I can honestly say the sting of stigma around HIV not only still exists but seems to have become firmly embedded in our culture.”

We asked our followers on Facebook to weigh in with their thoughts, and give us insight on HIV stigma in the current day. Here’s what they had to say.

Most people (96%) said they think that HIV stigma exists, and nearly a quarter (72%) of respondents said that HIV stigma has affected their mental or physical health. A total of 57 people took the anonymous survey.

How does HIV stigma affect people’s mental & physical health? We asked respondents to disclose their HIV status so we could share how experiences are different. Sixty-percent of our survey respondents said they were HIV-positive, 37% HIV-negative, and 3% declined to state their status.

Most (88%) people living with HIV who took our survey said that HIV stigma has affected their mental or physical health.

People cited many ways that HIV stigma has impacted their mental and physical health. Many people described rejection and mistreatment from employers, medical providers and potential partners, leading to depression and anxiety, social exclusion, deficient health care, and difficulty at their place of employment.

Social rejection was a common theme from respondents, and many described how they take care to hide their HIV status from people in their lives.

“When I was in cosmetology school a few years ago, someone figured out my biohazard tattoo meant I had HIV. I was pretty much a pariah after that. No one would talk to me, pretty much after that,” said one person.

“I have to hide my status at work,” said another respondent. “I work in an emergency room. The nurses are afraid of HIV-positive patients. So I know they would flip if they knew I am poz and doing phlebotomy.”

“I have had many instances where once a person finds out I’m HIV-positive, they begin to act like I’m contagious. They also act like I’ve done something worthy of my infection,” said one respondent.

People who are HIV-negative are affected by stigma, too

More than half (52%) of HIV-negative survey respondents said that HIV stigma has impacted their mental or physical health.

People who wrote in explanations about how they had experienced HIV stigma cited three main types of experiences: experiencing pain, frustration or fear on behalf of a loved one with HIV in their life; delay of HIV testing out of fear; and, inadequate medical care from providers who place “blame” on respondents for HIV risk.

“I have had an undetectable BF [boyfriend] for more than 5 years. I’ve felt others, especially my straight family and friends might judge him badly because of that, so I keep it a secret to most of them,” wrote one respondent.

“My mental health [has been affected],” wrote one participant. “There have been times when I think I may have contracted HIV and get scared and [this] always leads me to think about how to tell my partner and family and the stigma around it.”

“For a long time I avoided poz men for hookups although I wasn’t adamant about it. Now [I’m] with a guy who said he learned he was poz 7 months into our relationship. I’ve been on PrEP for four years,” said one person.

Rejection from potential partners—both online and in person—was a common theme among HIV-positive survey respondents.

“Many times the other person ghosts at the point of disclosure,” said one person. “Hookup and dating sites are full of stigmatizing behavior of negatives against positives,” said another person.

“I have been refused a date and mocked in a gay bar for being a ‘booty don’t,” said one survey respondent. Another person said that they were rejected when they disclosed their status on the way to dinner, and were dropped off at home.

“It’s not as bad as I would imagine it was for people in the ’80s, But I’m undetectable and have been told by people ‘I don’t date positive people’ or ‘you can suck my dick, but that’s it,’” said one person.

Is the end of HIV stigma in sight?

In addition to anecdotal evidence, recent research provides evidence that PrEP may reduce HIV stigma and implicit bias against people living with HIV. Sarit Golub, PhD, MPH and colleagues published a study in JAIDS showing that people using PrEP rated fake profiles of people living with HIV and HIV-negative people equally on measures of attractiveness and desirability. (In the full sample, the fake profiles of HIV-positive people were rated as significantly less attractive and desirable than HIV-negative people or people taking PrEP.)

“These data suggest that such attitude changes may translate into reductions in implicit stigma, ie, individuals on PrEP may no longer “see” HIV-positive individuals in the same negative light as their counterparts who have not taken PrEP,” the authors said.

What can you do to end HIV stigma?

Get ideas on what you can do to end HIV stigma, like sharing your story, speaking up against stigmatizing words and behaviors, challenging assumptions, and more from San Francisco AIDS Foundation staff.

Learn about and tell others about PrEP, an effective biomedical HIV prevention strategy for people who are HIV-negative that involves taking a once-daily pill.

Find out more about the Undetectable = Untransmittable (U=U) campaign by Prevention Access Campaign, a powerful anti-stigma message. The campaign share the message that people living with HIV, who suppress their viral loads to undetectable levels, do not transmit HIV to others. 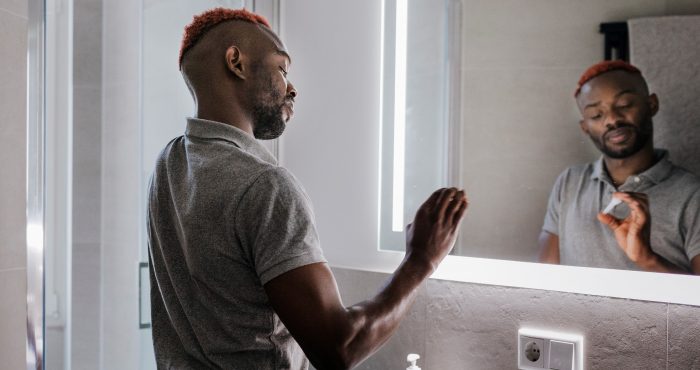 Find out about a new initiative that will mail you a free HIV and STI test kit to use in the privacy of your own home.