Skip to content
Services are currently available in-person and online. Masks are required at all of our locations and other safety protocols are in place. Click here to learn more.
Substance use

With fake painkillers hitting the streets, the “fentanyl crisis” is only getting worse

Read this if you buy pills like Xanax, Norco or Oxycontin on the street, so you know what to watch out for and what’s causing the problem.
By Emily Land, MA

Shipped in from overseas, a synthetic pain killer called fentanyl is responsible for big increases in overdoses and deaths among people who use drugs in the U.S. Pressed into fake pills like Norco and Xanax, this powerful opioid is reaching our communities in forms that make it impossible for users to know exactly what and how much of the drug they’re taking. Experienced long-time drug users, in addition to people who use drugs recreationally, are equally affected. Between 2013 and 2014, the number of people who died from fentanyl and other synthetic opioids by overdose increased by nearly 80% in the U.S.

“We’re very concerned about fentanyl right now,” said Craig Smollin, MD, a medical toxicologist and co-medical director at the California Poison Control System. “Fentanyl is an opioid that is relatively easy to come by in large quantities. It is more potent compared to other opioid analgesics, and is more likely to result in significant respiratory effects and death.”

Naloxone (brand name Narcan) is a drug that can reverse an opioid overdose. Get more information, and get trained to administer naloxone, by visiting The Dope Project.

Fentanyl is a powerful synthetic opioid painkiller that is 50 to 100 times more potent than morphine. Even a small amount of the drug (about 2 milligrams) can cause an overdose and death. Variations in how overdose deaths are reported make it difficult to pin down an exact number of people who have died from fentanyl overdose to date, although in 2013 and 2014 alone, the DEA reports that there were over 700 deaths related to fentanyl in the U.S.

“The United States in the in the midst of a fentanyl crisis,” a DEA Intelligence Brief explains, “with law enforcement reporting and public health data indicating higher availability of fentanyls, increased seizures of fentanyls, and more known overdose deaths from fentanyls than at any other time since the drugs were first created in 1959.”

Fentanyl traffickers have expanded the market by shipping in powder-form fentanyl manufactured in China and distributing it to a variety of processing and distribution operations in Canada, Mexico, and the U.S. These drug processing operations have been, in addition to mixing the powder fentanyl into the heroin supply, used pill pressers to create fake prescription pills including Norco, oxycodone, and Xanax.

These fake prescription pills then reach the general population—experienced drug users and people deliberately seeking fentanyl in addition to people who don’t realize what they’re getting.

“Although traffickers are interested in expanding the fentanyl market to other counterfeit opioid medications, they are also willing to utilize fentanyls in other non-opiate drugs with exploitable user populations,” the DEA report says.

The dose of fentanyl pressed into fake pills has been found to vary widely. Researchers have been able to test a variety of fake pills from batches responsible for overdoses, with dosages varying from 0.6 milligrams to 6.9 milligrams. (2 milligrams of fentanyl is lethal for people who are not accustomed to taking opioids.)

What can you do?

If you use drugs, even if it’s only once in a while, take caution with these harm reduction tips:

Emily Land, MA is the director of the Marketing and Communications team at San Francisco AIDS Foundation.

Expanding services for people who use meth

With fatal meth overdose on the rise, we are exploring new ways to help people make changes to their use of meth and other stimulants. 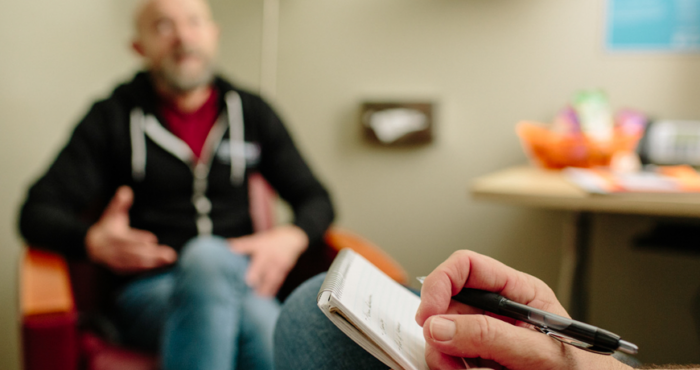 Am I drinking too much? Partying too hard?

Two of our counselors with the Stonewall Project shared their thoughts about when the “right time” might be to talk to someone if you’re questioning your use of drugs or alcohol.

What International Overdose Awareness Day means to me

We cherish and honor the people we’ve lost to overdose, and stay connected to as harm reductionists to help each other in connection and community, writes Ro Giuliano, our director of Syringe Access Services.

California Assembly Bill (AB) 362, which would have allowed San Francisco and Oakland to authorize pilot overdose prevention programs, will not move forward this legislative session.