We asked clinicians: Would you prescribe doxycycline to someone for STI prevention?

If you could take a pill to prevent sexually transmitted infections (STIs) like gonorrhea, chlamydia and syphilis—would you?

Two studies have investigated whether daily or “on demand” doxycycline effectively prevents the occurrence of common sexually transmitted infections (STIs). Although both studies showed promise, the method is far from being touted as a blanket solution to rising STI rates.

What do clinicians think?

Pierre-Cédric Crouch, nursing director of the sexual health clinic Magnet at San Francisco AIDS Foundation, said that this method “has some promise,” but that it’s definitely not a perfect solution and that more research is needed on the effectiveness of STI prophylaxis before it can be recommended.

“Syphilis can cause a lot of harm and anything to help reduce the increasing rates would be helpful,” he said. “We don’t know the impact this would have on drug resistance and I would be concerned people would get complacent and not get tested for STIs as often. Gonorrhea is not covered by this strategy so it’s definitely not perfect. If someone came in to the clinic asking for it, I would counsel that this is still being studied and we would need more data before STI PEP [post-exposure prophylaxis] can be recommended.”

Jared Baeten, MD, PhD, director of the Center for AIDS Research at the University of Washington shared a similar view. “I absolutely would at least consider prescribing now, but I’d love to see some strong science to help me know if I should set aside my reasons to give pause. There isn’t a perfectly right answer right now.”

Keith Henry, MD, from Hennepin County Medical Center shared a more conservative view. “I don’t think prophylactic doxycycline is ready for prime time. Regularly testing for all STDs every three months and treatment for STDs diagnosed is my recommendation for sexually active men [who do not use condoms].”

Jeffrey Klausner, MD, MPH, who has conducted research on STI prevention with doxycycline, views this strategy as appropriate on a case-by-case basis.

“I have a few patients who are using doxycycline in addition to PrEP,” he said. “On an individual level, this method of STI prevention might be right for someone, for instance, who has had syphilis twice, and doesn’t want to get it again,” said Klausner.

For people interested in this method of STI prevention, Klausner said he encourages people to talk to their health care providers. “I’ve talked about this with other providers in urban areas,” said Klausner. “Doctors understand there is a role for this, and see it as an opportunity for select patients.”

What are the pros and cons

Baeten counted four reasons to consider prescribing doxycycline to someone at high risk of STIs (e.g., a person with a history of STIs and frequent condomless sex). Namely, that STI rates are on the rise among men who have sex with men in the U.S. (with rates as high as 25-50% each year among people taking PrEP in research studies); evidence that doxycycline prophylaxis works to prevent chlamydia and syphilis; the opportunity to synergistically deliver STI prevention with PrEP; and, the fact that—other than condoms—there are not many effective ways to prevent STIs.

“If you’re a sexually active—if you have multiple partners in a given week, if you’re in a situation where you enjoy group sex, if you visit sex clubs, this could be a real solution for you,” said Klausner. “Obviously, it should be used in addition to condoms, but condoms don’t work for some people for various reasons.”

Baeten also counted four “reasons to pause” in using antibiotics to try to prevent STIs. First, he said that “it isn’t totally clear if prophylaxis is that much more beneficial than frequent screening and treatment.” It would be a waste of resources to prophylactically treat everyone for STIs, if increased screening and treatment are as effective in curbing new infections. Pill fatigue is another concern, as is drug resistance.

“There’s legitimate concern that regular use of an antibiotic can result in resistance developing to that antibiotic—in this case, resistance to doxycycline and related antibiotics, for STI organisms and potentially for other bacteria that live naturally in our bodies and occasionally cause disease. The type of bacteria that causes gonorrhea already is often resistant to many antibiotics, including doxycycline, when it once was not, for example,” said Baeten.

“Everyone raises concerns about drug resistance,” said Klausner. “In some ways it’s a non-conversation when you talk about gonorrhea because we haven’t used tetracycline or doxycycline to treat gonorrhea since the mid-1980s, and it’s already resistant. The amount of tetracyclines that would be introduced by the increasing use of this practice and into the whole population—who already exposed to massive amounts of tetracyclines in the food industry, human health, acne treatments, malaria prophylaxis—is actually miniscule. I don’t think it would have a substantial impact.”

The research on STI chemoprophylaxis

Two studies with men who have sex with men have evaluated the efficacy of doxycycline to prevent sexually transmitted infections.

The first study, published in Sexually Transmitted Diseases by R. K. Bolan and colleagues, found that HIV-positive men who have sex with men who took 100 mg of doxycycline daily reduced the risk of contracting syphilis, chlamydia or gonorrhea during the study by 70%.

A total of 30 men were randomized to either take the antibiotic for 36 weeks or not. At each study visit (at baseline, 12-, 24-, 36- and 48-weeks post-baseline) participants received rectal and urine gonorrhea and chlamydia tests, a pharyngeal (throat) gonorrhea test, and a syphilis blood test.

During the study, there were 15 cases of any STI (gonorrhea, chlamydia and syphilis) among men not taking the antibiotic, compared to six cases of STIs among men taking doxycycline. This translated into a risk reduction of 70%.

The second study, published in Lancet Infectious Diseases, tested whether doxycycline prevented STIs in HIV-negative MSM taking PrEP. In this study, 232 participants were randomized to take 200 mg of doxycycline “on demand” (within 72 hours of having sex), or to not take an antibiotic.

A total of 73 participants presented with a new STI during the study period, 45 in the no-antibiotic group and 28 who were taking doxycycline. This translated into a risk reduction of 47%, with the antibiotic significantly reducing the number of chlamydia and syphilis infections (but having no effect on the number of gonorrhea infections).

Overall, the clinicians who shared their thoughts with BETA recognized the potential benefits—to individuals and on a population level—of allowing people to take doxycycline preventatively to treat STIs, but were acutely aware of the issues raised by this approach as well.

Although STI prophylaxis is not (and may not ever be) a strategy that health care providers recommend for people to reduce their risk of STIs, there are a number of things you can do if you’re concerned about STIs.

Learn more about common STIs like syphilis, gonorrhea and chlamydia including how they are spread and how to know if you have an STI.

Condoms help prevent the spread of STIs in addition to HIV. Read more from Shaun Barcavage, NP, about the role that condoms play in sexual health care for gay men.

Get regularly tested for STIs.

You may not always have symptoms from STIs, which is why it’s important to get tested regularly if you’re having sex. San Francisco AIDS Foundation recommends that gay, bi and trans men, and other men who have sex with men test for sexually transmitted infections every three months if you are sexually active.

Find out more about accessing free sexual transmitted infection testing services at Strut and other locations of San Francisco AIDS Foundation. People living outside of San Francisco can find a testing location at GetTested on the CDC website. 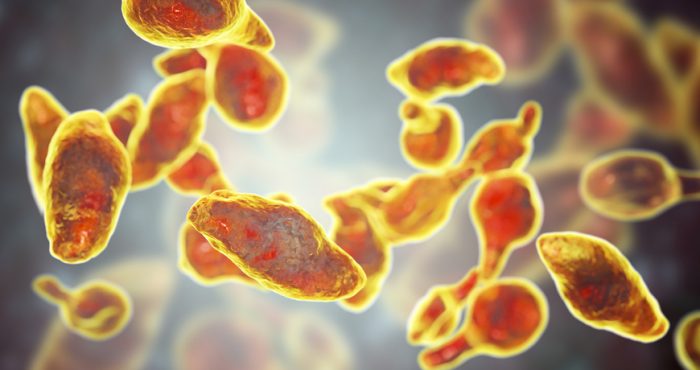 Looking for inclusive gender-affirming health care, including hormones, second opinions, or advice? San Francisco AIDS Foundation has a variety of health and support services for trans and non-binary individuals.

Got an STI? Anonymously tell sex partners to get tested

Tell Your Partner, a free partner notification service, makes it easy to let people know they might need to get tested for STIs.

Yesterday, the California Department of Public Health (CDPH) released 2018 data showing that sexually transmitted diseases (STDs) in the state continue to climb and are at the highest levels in 30 years.