Just How Risky Is It? Studies Shed Light on HIV Risk and Prevention

Three studies estimate HIV risk by sex act and HIV prevention approach. How applicable are their findings to the “real world”?
By Liz Highleyman 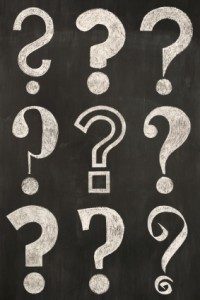 As clinical trials of antiretroviral treatment as prevention and pre-exposure prophylaxis (PrEP) continue to produce dramatic drops in HIV transmission, researchers are still trying to pinpoint the risk of transmission from specific sex acts.

In the May 6 online edition of AIDS, CDC researchers gave updated estimates of the risk of HIV acquisition from various types of exposure, including sexual, parenteral (for example, accidental needle-sticks or sharing injection drug equipment), and vertical (mother-to-child). They also looked at the protective effect of various prevention strategies.

Pragna Patel and colleagues did a literature search for recent studies providing new data since the last CDC estimates in 2005. They looked for articles that reported per-act risk of HIV transmission and data on modifying factors such as viral load, acute HIV infection (when viral load is highest), other sexually transmitted infections (STIs), condom use, PrEP, and use of antiretroviral therapy (ART).

After looking at some 15,000 articles, they identified 14 relevant studies of per-act risk and 15 on modifying factors. These included systematic reviews and meta-analyses that themselves included data from multiple studies.

Not surprisingly, blood transfusions posed the greatest risk, at 9,250 transmissions per 10,000 exposures. The next highest risk was mother-to-child transmission, at 2,255 per 10,000 exposures when HIV-positive pregnant women and their newborns do not receive preventive antiretrovirals—now standard practice throughout the world.

Various prevention measures, on the other hand, dramatically lowered the risk of transmission. Most effective was early ART for the HIV-positive partner in a mixed-status couple, which reduced the risk by 96% (as shown in the HPTN 052 trial).

PrEP using Truvada or tenofovir alone lowered the likelihood of transmission by 71% for heterosexual couples, 48% for people who inject drugs, and 44% for gay and bisexual men in the iPrEx trial. Note that the researchers used the overall protection rates across all participants in these studies—not the much higher rates seen among people who used the drugs as directed, reaching 99% for men in iPrEx whose blood drugs levels showed they took Truvada every day—which could underestimate the protective effect in real-world use.

Consistent condom use reduced the risk of HIV transmission by 80%. Voluntary male circumcision—which has been shown to be an effective strategy in Africa, but less so among gay men in wealthier countries—was associated with a 50% decrease in risk for heterosexual men, but a small increase for some men who have sex with men.

What Is the Risk on ART?

Another recent study, described in the April 9 online edition of Clinical Infectious Diseases, looked in more depth at the risk of sexual transmission among heterosexual couples when the positive partner is on ART.

In their medical literature review, Virginie Supervie from Sorbonne Université in Paris and colleagues identified six relevant studies of transmission among serodiscordant heterosexual couples in which the infected partner was on treatment with regular viral load monitoring. They had sex an average of three to 12 times per month and reported using condoms about 80% of the time.

A total of four cases of genetically linked transmission (where the newly infected person had the same HIV strain as their partner) were reported among 1,672 serodiscordant couples. Three of these occurred when the positive partner had been on ART for less than six months, while the remaining case occurred within the first year, but the data couldn’t determine whether it happened before or after six months.

However, the number of transmissions from positive partners on ART for more than six months could be much lower than 13. “Failure to observe transmission events does not exclude the possibility of HIV transmission, yet indicates a low risk, which in theory could be even zero,” the researchers wrote.

They calculated that obtaining an upper-bound risk estimate below one transmission per 100,000 sex acts would require observing no cases while collecting more than 12 times the amount of data the did for this study—that is, information on 300,000 condomless or more than 1 million mostly condom-protected sex acts.

These results are in line with interim findings from the PARTNER study, reported at this year’s Retrovirus Conference, which saw no cases of transmission among heterosexual and gay male serodiscordant couples when the positive partner was on ART and maintained a viral load below 200 copies/mL.

“Even though it is small, the risk of transmission cumulates with the number of exposure[s] and may represent a major long-term concern,” Supervie’s team concluded. “Combining several prevention methods may offer optimal protection against HIV transmission.”

A second study by the CDC team, also published in the May 6 advance edition of AIDS, used mathematical modeling to estimate the cumulative risk of sexual transmission among heterosexual and gay male couples over time, as well as the protective effect of different prevention strategies used alone or in combination.

Over ten years, using no prevention measures at all, the risk of transmission via vaginal sex for a heterosexual couple with an HIV-positive woman was estimated to be 44%. For gay male couples, the estimated ten-year risk reached nearly 100%. A substantial cumulative risk remained for couples using any single prevention strategy, the researchers concluded.

Based on risk reduction levels seen in prior studies, as described above, the researchers calculated that for a heterosexual couple using only condoms for vaginal sex, the transmission risk over ten years was 11%. For a male-male couple using only condoms, the ten-year risk rose to 76%. Using only PrEP, the ten-year risk was 15% for a heterosexual couple with a positive woman, rising to 98% for gay male couples.

ART use by the HIV-positive partner in a heterosexual couple was the most effective single strategy, with a ten-year risk of just 2%. Using ART plus condoms could lower the cumulative risk to just 0.5%, the researchers projected.

Among gay male couples, however, the ten-year risk with ART alone rose to 25%. Consistent condom use in addition to ART was needed to keep the ten-year risk below 10%, while a three-way combination of ART, condoms, and PrEP could potentially lower the cumulative risk to 3%.

“Modest HIV transmission probabilities per sex act translate into substantial cumulative risks over time,” the CDC researchers concluded. “This model was not designed to predict actual transmission risk for real-world serodiscordant couples over the course of a multiyear relationship. …Our intent is to emphasize how risk accumulates over time under various strategies and show the relative differences between strategies.”

Liz Highleyman (liz (at) hivandhepatitis.com) is a freelance medical writer and editor-in-chief of HIVandHepatitis.com.

Lasry, A. and others. HIV sexual transmission risk among serodiscordant couples: assessing the effects of combining prevention strategies. AIDS. May 6, 2014 (Epub ahead of print).

Patel, P. and others. Estimating per-act HIV transmission risk: a systematic review. AIDS. May 6, 2014 (Epub ahead of print).