Skip to content
Services are currently available in-person and online. Masks are required at all of our locations and other safety protocols are in place. Click here to learn more.
Harm reduction

The city’s first needle exchange began in 1988 as an act of civil disobedience to improve the health and lives of people who use drugs.

Throughout the history of HIV and AIDS, there are many moments that stand out as bold acts of courage that forever changed the course of the epidemic. Syringe access in San Francisco is certainly at the top of the list.

The city’s first needle exchange program began in 1988 when a group of people recognized they needed to do something to stop the spread of HIV among people who inject drugs. Acting against the law, they created Prevention Point — an all-volunteer, street-based operation.

The program provided sterile syringes as well as other safer injection supplies such as bleach, cotton and alcohol wipes. It also offered condoms and referrals to drug-treatment programs and social services.

At the time, Californians were not legally permitted to possess syringes without a prescription. So in the beginning, syringe access operated as an act of civil disobedience. The founding members of Prevention Point were willing to take that risk to save lives, and in doing so they created a legacy of better health on the streets of San Francisco.

“What was started by Prevention Point continues to serve as a model for the San Francisco AIDS Foundation syringe access services program today,” said Pauli Gray, from SFAF. “By actively engaging users in the intervention process, we hope to compel them to examine the health risks of injecting drugs — and the underlying reasons for why they do it in the first place.”

For nearly four years, Prevention Point operated totally underground. Volunteers actually used a baby carriage to transport sterile syringes to neighborhoods that needed them most. They partnered with researchers and collected data to document health benefits of syringe access and its power to stop the spread of HIV.

In March of 1992, under the leadership of then-Mayor Frank Jordan, the City of San Francisco declared a public health emergency and committed $138,000 to Prevention Point. It was a bold statement from the city’s top elected official and became the first step toward the creation of comprehensive harm-reduction programs that include syringe access and other prevention tools.

“The actions that San Francisco took back in 1992 to move toward the legalization of needle exchange cannot be understated,” said Gray. “That was 20 years ago, and still in some California counties today people who operate syringe access programs face arrest for trying to distribute sterile syringes. San Francisco truly was a leader in this effort.”

In the years that followed Mayor Jordan’s emergency declaration, syringe access became an integral part of HIV prevention in San Francisco, and adapted to better meet the needs of participants and most effectively reduce new HIV infections.

When the program began, people were provided with 10 syringes with a one-for-one exchange above the 10 returned. In 1990, participants were allowed to access 20 syringes at one time instead of 10. In August of 1990, all limits on the number of syringes that could be accessed were lifted (with limitations only based on program resources).

What was started by Prevention Point continues to serve as a model for the San Francisco AIDS Foundation syringe access services program today.

Now, the program (which became part of San Francisco AIDS Foundation in the early 1990s) operates on needs-based access. Participants are encouraged to safely return used needles with each visit and tell staff how many syringes they need. They are not limited to one-for-one exchange.

“If you don’t want people sharing equipment, you have to give people adequate supplies so that they never have to share,” said Terry Morris, a former director of the Harm Reduction Center. “When people save their syringes for reuse, because of scarcity, they’re more likely to loan them to someone else. If they immediately throw used syringes into a sharps container for disposal, because they’re not worried about scarcity, they’re going to be safer.”

Research shows that not setting pre-determined limits on the number of syringes people can access makes it less likely that people re-use non-sterile or dull syringes on themselves and also reduces syringe sharing. Participants also leave each visit with enough safe-disposal containers to return all used syringes safely.

“You also have to think of people’s real needs in terms of the injecting that they do,” Morris said. “For some people, depending on the drug you’re injecting, you might need multiple syringes in one day. If you give people predetermined limits on the number of syringes that they can get at once, people may reuse syringes and use other people’s syringes, which makes it more likely they’ll get abscesses, damage their veins and circulatory system, and be at risk for bacterial infections.”

An evaluation of Prevention Point was conducted in 1992 as reach and distribution efforts were growing. The study found that the percentage of people who reported sharing needles fell from 66 percent in 1987 to 36 percent in 1992. In addition, participants who used Prevention Point services were significantly less likely to share needles than people who reported not accessing these services.

HIV rates during that time dropped too: The number of new HIV cases among people who inject drugs reached a peak in 1992 with 212 new infections and dropped by half to about 100 new infections in 1998.

Each year, our team distributes sterile syringes at nearly a dozen different sites across San Francisco to stop the spread of both HIV and hepatitis C. The program also offers hepatitis C and HIV testing and linkage to care, overdose prevention and education, opioid replacement therapy, easily accessible medical care, support groups, and more. Safe disposal and cleanup are integral to the work too.

“We’ve brought services and partners to a place that’s familiar and welcoming and part of the fabric of people’s lives already,” said Morris. “Syringe access is incredibly important — it’s a lifesaving intervention — but what we’re really doing is building relationships. And setting the stage for participants to connect with information and education, low-threshold services, and to peers and other people that care about their health.”

Syringe Access & Disposal Safer injection & disposal supplies, overdose prevention, and other harm reduction tools    Syringe Pick Up Crew Report improperly discarded syringes and our crew will respond promptly and properly dispose of them.   Suboxone Suboxone opioid replacement therapy is for people wanting to stop or reduce use of heroin or other opiates.   Hepatitis C Free hepatitis C testing & treatment for people who formerly or currently inject, with social & group support   Substance Use Treatment No-judgement counseling and treatment for people interested in changing their relationship to drugs & alcohol 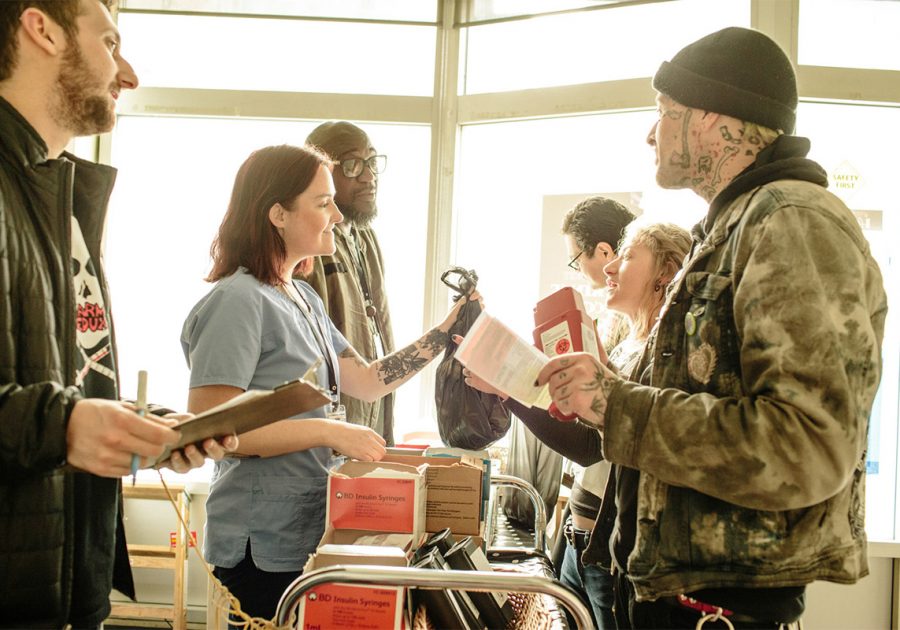 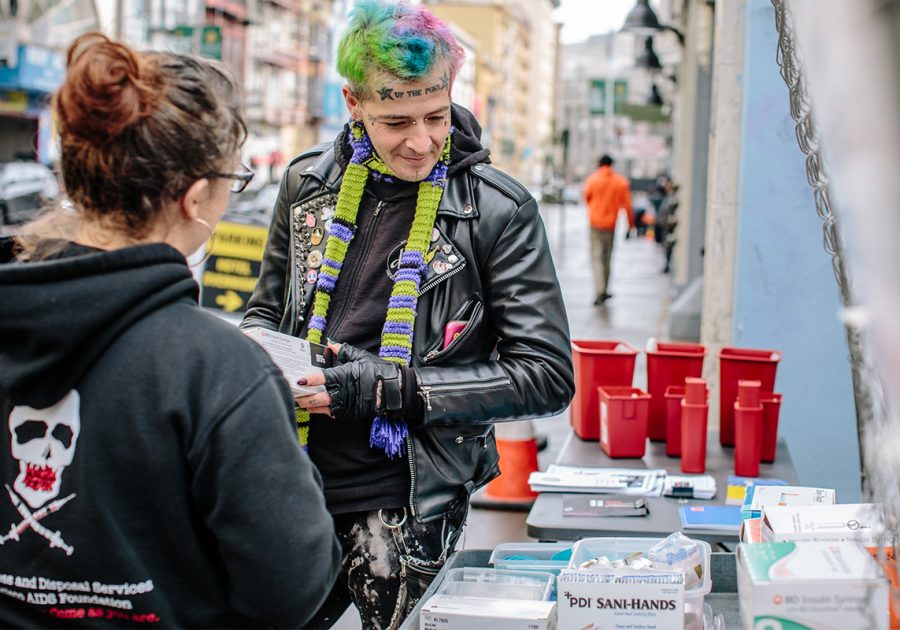 Find safer injection and disposal supplies and services that help you manage your health, prevent overdose and stop the transmission of HIV and hepatitis C.