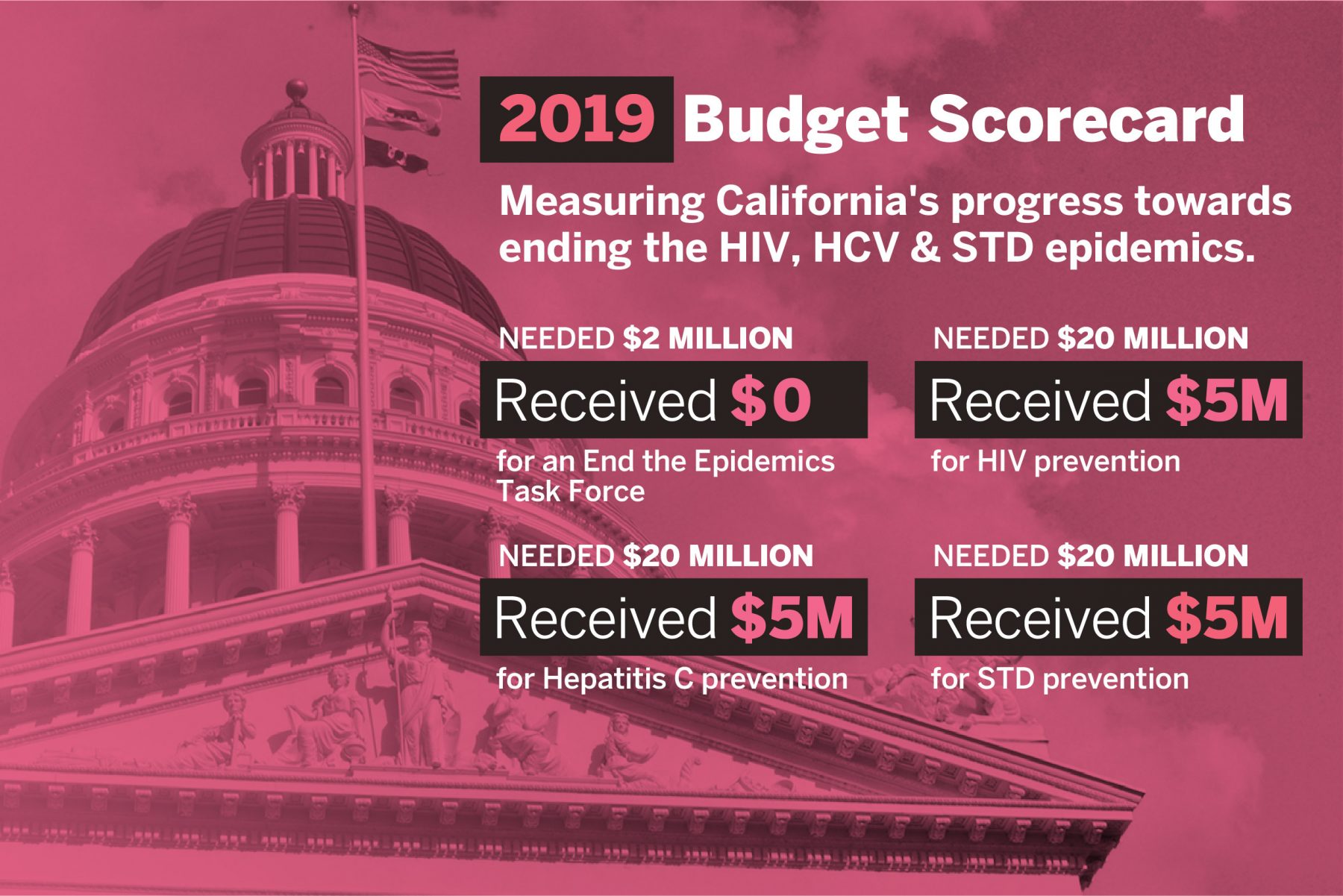 June 27, 2019 — The 2019-2020 Budget signed today by Governor Newsom includes limited investments in HIV, hepatitis C (HCV), and sexually transmitted diseases (STDs), despite an escalating public health crisis impacting the state’s most vulnerable residents. The budget includes $5 million annually for comprehensive HIV prevention services, $5 million annually for STD prevention and treatment, and $5 million annually for HCV testing and linkage to care. While this budget allocation is an improvement over previous years, the investment falls far short of the $60 million requested by community stakeholders and will expire in 2021 unless state revenues are expected to exceed expenditures.

The budget does not include funding to develop a coordinated statewide strategy to end the HIV, HCV, and STD epidemics — a key priority of public health and community leaders given recent advances in prevention and treatment. Newsom committed to launching a statewide initiative to end the HIV and HCV epidemics during his campaign. Earlier this year, more than 150 organizations released a community consensus statement calling on the administration to fulfill that commitment and address California’s skyrocketing STD rates as part of the initiative.

“California has the ability to end the HIV, HCV and STD epidemics, but our success is contingent upon significantly more funding and the political will of the governor and the Legislature. Unfortunately, the budget comes up short on both,” said Joe Hollendoner, CEO of San Francisco AIDS Foundation. “Until elected officials make the necessary investments, our communities will continue to experience an unjust public health crisis.”

“We are pleased that this year’s budget includes new funding to address the state’s alarming rates of HIV, HCV and STDS — but it is not nearly enough,” said Craig E. Thompson, CEO of APLA Health. “California is falling behind other states in reducing new transmissions and that is something Gov. Newsom and the Legislature have the ability to change. We have the data, knowledge and tools needed to end these epidemics. Now we just need the political will.”

Although effective prevention and treatment tools have been available for years, the HIV, HCV and STD epidemics in California have continued to grow while funding for public health programs has not kept pace with changing needs. There were more than 300,000 reported STD cases in California in 2017, a 45 percent increase since 2013. The number of infants born with congenital syphilis in California has increased for five years in a row — to 283 cases in 2017, including 30 stillbirths.

“STD rates continue to rise across the state, disproportionately affecting young people and communities of color,” said Sergio Morales, senior director of programs at Essential Access Health. “Although this year’s budget indicates a step in the right direction, a much more robust response and investment are needed to address and reverse this public health crisis.”

California’s HCV epidemic is also growing rapidly, particularly among young people. Rates of newly reported HCV cases increased 50 percent among young people ages 15-29 years old from 2011 to 2015. These dramatic increases are related to the rapid increase in use of opioids and other drugs plaguing the state. More than 400,000 Californians are currently living with HCV and most are unaware of their status. HCV can now be cured in 8-12 weeks with few side effects, improving lives and preventing further transmission.

“Most Californians living with HCV don’t even know their fatigue, depression, achy joints, brain fog, and other potentially life-threatening symptoms are caused by HCV, or that they can transmit this blood-borne virus to others,” said Robin Roth, co-chair of the San Francisco Hepatitis C Task Force. “California has invested in coverage of the cost-effective, easily tolerated regimen that will cure almost everyone of HCV. However, the public health efforts necessary to ensure people know their status and are linked to and retained in care that can change their lives have been seriously underfunded for too long. Now is the time for California to commit to ending HCV.”

While the state’s annual rate of new HIV cases decreased roughly 2 percent from 2013 to 2017, the gap between whites and communities of color is increasing. The rate of new transmissions declined nearly 13 percent among whites, while decreasing only 2 percent among Blacks and increasing nearly 4 percent among Latinos. The rate of diagnosis among transgender women remains among the highest of any group. Increasing inequities underscore the urgent need to improve and expand HIV prevention efforts for these populations.

“The desert community desperately needs additional resources from the state to end the HIV epidemic (as well as HCV and STDs). A cure is within reach; however, additional funds are required to reach the most vulnerable members of our community,” said Carl Baker, director of legal and legislative affairs of Desert AIDS Project. “Sadly, Riverside County has been identified as one of the key areas where HIV rates continue to increase. We can end these syndemics in our lifetime — but not without funding.”

“While we appreciate the governor and Legislature approving new ongoing funding, California must commit to a meaningful and robustly funded action plan if we are to succeed in ending the HIV, HCV and STD epidemics,” said Aaron Fox, director of government relations of the Los Angeles LGBT Center.

“The Community Clinic Association of Los Angeles County (CCALAC) is encouraged that the governor’s budget includes funding for HIV prevention and STD prevention and treatment. LA’s health centers care for 1.7 million Angelenos each year, and are at the frontlines in the battle to end health disparities,” said Louise McCarthy, president and CEO of CCALAC. “The governor’s budget makes a down payment on ending the epidemics — this is just the start. We urge the governor and Legislature to develop a coordinated and adequately funded strategy to end these epidemics.”

“If a budget is a reflection of the values and priorities of our state, then Gov. Newsom has some explaining to do. As longtime advocates in the fight to address HIV nationally and here in the state of California, we know what works and what doesn’t work. PrEP when placed in the hands of the communities that need it most works, increased funding for testing and treatment works, allocating similarly small amounts of funding as in previous years to end the HIV epidemic faced by Black communities here in California, does not,” said Raniyah Copeland, president and CEO of Black AIDS Institute. “We have an opportunity to do what’s right. To address the needs of vulnerable and underserved Californians, to right the wrong of budget cuts made in prior years and ultimately cut down on the cost of post-facto treatment and care for communities impacted by HIV, HCV and STDs, we have to make a commitment, not just in words, but in actions and dollars to ensure that we accomplish what we know is needed to address these epidemics. We are disappointed in the governor’s decision to sign a budget that so clearly fails to meet the standards of investment in community that he himself espoused on the campaign trail just a few months ago. We urge Gov. Newsom and the many legislators around the state who care about these issues to reconsider these proposals and allocate more funding to this fight. Without it California will continue to lag behind states around the country that are taking action and making meaningful commitments to address these public health concerns.”

The 2019-20 Budget includes several key investments in healthcare coverage and affordability, including expanding full-scope Medi-Cal to young adults ages 19-25 regardless of immigration status, increased affordability assistance in Covered California, and the end of the “senior penalty” in Medi-Cal. The budget also includes a one-time allocation of $40 million to improve local health department infrastructure, funding to implement an integrated substance use disorder treatment program in all state correctional facilities, and more than $2 billion to address the state’s homelessness crisis.

Further details about the approved budget can be found on gov.ca.gov. 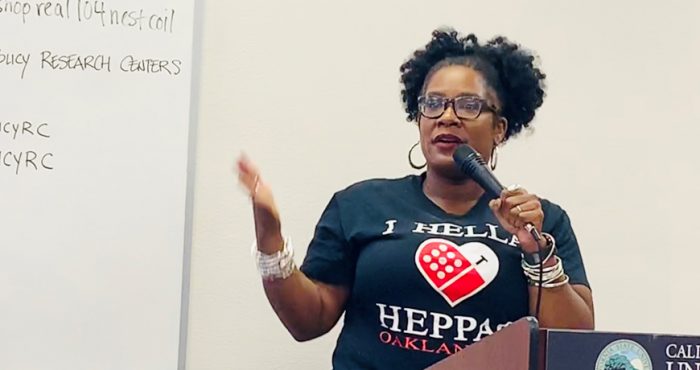 Community members, community organizations, and health department officials from the San Francisco East Bay discussed the state of the HIV, hepatitis C and STI epidemics, and how to support the End the Epidemics campaig

Yesterday, the California Department of Public Health (CDPH) released 2018 data showing that sexually transmitted diseases (STDs) in the state continue to climb and are at the highest levels in 30 years. 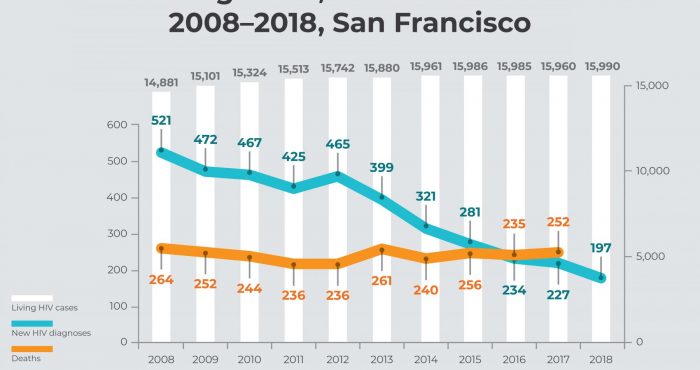 SFDPH announced there were 197 new HIV diagnoses in San Francisco in 2018, a historic milestone in the fight to end the HIV epidemic. Disparities indicate work to be done. 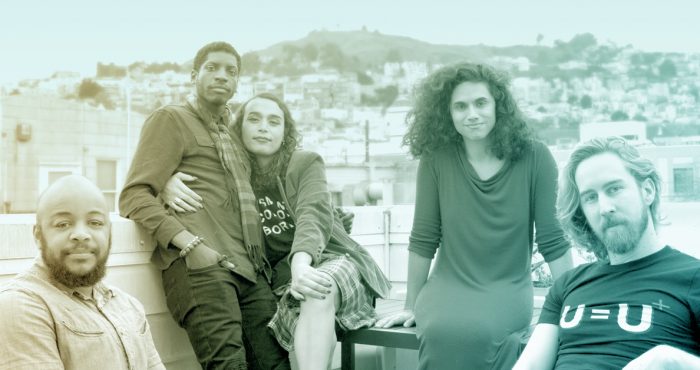