Straight women, here’s what you (and everyone) needs to know about PEP (and PrEP)

Did you know there’s something you can do to prevent HIV infection after exposure? Well, there is.
By Emily Land, MA 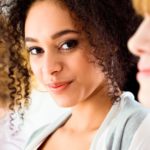 At an HIV grand rounds presentation held this month at Zuckerberg San Francisco General Hospital, Dominika Seidman, MD, MAS, and Shannon Weber, MSW, shared one story of a young woman who ended up becoming infected with HIV. Because she had been actively engaged in her reproductive health care for many years, Seidman and Weber shared her story with other health care providers and HIV clinicians in attendance to identify and critically examine the missed opportunities that could have helped this young woman stay HIV-negative.

This woman’s case reinforces the need for everyone—including heterosexual women—to know about PrEP and PEP and how to access these critical HIV prevention strategies if they’re needed.

The woman who got HIV

The young woman, said Seidman, had been receiving birth control and sexually transmitted infection testing from a local clinic for more than six years.

She was “highly engaged in care,” said Seidman, citing the fact that she came in on seven occasions to test for gonorrhea and chlamydia over the course of her care at the clinic. But this past spring, she had sex with a new partner and during sex, the condom broke. Shortly afterwards, the woman came to the clinic with symptoms of vaginal discharge. She received testing and treatment for gonorrhea, chlamydia and trichomoniasis.

She also received an HIV test which came back positive.

The moral of the story, said Seidman, “isn’t that the clinic did a bad job providing care.” But rather, that this woman likely could have prevented an HIV infection had she known about something called post-exposure prophylaxis (PEP).

If accessed and used very soon after a possible HIV exposure, the medications in PEP can prevent a person from becoming HIV-positive. But PEP needs to be started within 72 hours (3 days) of an exposure, and ideally, within 48 hours of an exposure for it to work.

That means if you’re having sex and a condom breaks—and you don’t know the HIV status of your partner—get yourself to a clinic or emergency room ASAP to ask about starting PEP. Anyone can take PEP, including people who use injection drugs, men who have sex with men, women, and trans-identified people. PEP is also used by healthcare workers who may have been exposed to HIV through a needle stick or otherwise. (At the end of this article, we’ll list the places in San Francisco that you can get PEP.)

What exactly is PEP? Find out more, here.

Pre-exposure prophylaxis (PrEP) is another way to prevent HIV infection. It’s different from PEP since people take PrEP continually on a daily basis before possible exposures to HIV to prevent infections.

Learn more about PrEP, and how to access it.

Would this woman have been a good candidate for PrEP to prevent HIV infection? “Probably not,” said Seidman, as least if you go by PrEP criteria set by the Centers for Disease Control. “But wherever a woman seeks care, she should at least have education and information about this important prevention option.”

Unfortunately, many women—even in progressive cities like San Francisco—do not know about PrEP.

Seidman described a study of 2000 women who attended family planning clinics in the Bay Area, which asked women anonymously, “Have you heard about PrEP?”

“We found that universally, people said, ‘no.’ Moreover, we found that there were striking racial disparities. White women were significantly more likely to know about PrEP than Black women.”

“PrEP is effective in women. And therefore, there is reason to act and have a sense of urgency about this,” said Seidman. “In the setting of having a highly effective prevention method, we really need to change that.”

Where to get PEP in San Francisco

If you have potentially been exposed to HIV, get PEP services as soon as possible (within 48 – 72 hours after exposure).

You may also be able to access PEP through your regular health care provider or at a hospital emergency room (just make sure you don’t wait more than 48 hours before you’re able to see someone).

For other places to access PEP in California, look here.