Remembering my overdose, the fear still clings. I could have died that day.

In honor of National Recovery Month (September), HIV Advocacy Network member and person in recovery Nikos Pecoraro shares why they are fighting for safe consumption services in San Francisco.
By Nikos Pecoraro

I am sharing my story as a person in recovery from substance use disorder–and as an overdose survivor. The fear from that overdose still clings, scarred, to the corners of my subconscious, the panic, heart beating out of my chest, the nothingness, waking up a day later in a bathtub filled with ice, not knowing where I was or what had happened. I could have died that day. I was lucky. I lived. Which is why I’d like to share something with you about drug overdose.

Right now in San Francisco, drug overdoses are at an all time high. More than 700 people overdosed and died in 2020. This is more than twice the number of deaths from COVID-19, so I can’t help but wonder why we don’t treat this epidemic with the same level of severity and urgency.

And I can’t help but conclude that ignoring the overdose crisis is just part of a classist war–a war on the poor, the marginalized, the disproportionately black and brown and LGBTQ. It’s a war on people who have next to nothing, and little power in terms of representation.

Although some overdoses come seemingly out of left field, many do not; we can see the degradation of the living conditions of folks experiencing houselessness, their physical health and mental well-being. Our society is set up so that when you fall through the cracks, you stay there. It’s easy for us to ignore those we’ve invisibilized.

For the last eight months I’ve been doing street outreach to folks experiencing houselessness multiple times a week. I used to serve a man named Pasqual, he was overflowing with warmth and bursting with life, handsome, charming and charismatic. He was a Nigerian immigrant trying to find his footing here. He always requested a stack of peanut butter and jelly sandwiches, his favorite.

One week he told me and the crew that he had decided he was going to stop using substances, and that if we didn’t see him next week, he was in a detox facility on the way to rehab. The following week, we did not see him.

I was sad I may not see him again, but of course, overjoyed that he had made some massive steps to achieve his substance use goals. A few weeks passed, and I wondered where he might be, how he might be doing, imagining him in a new existence, with hope and housing and work prospects.

It was then when the residents told us that Pasqual had actually overdosed and died that week. His meth had been cut with fentanyl, a potent synthetic opioid. He was found dead in his tent.

So this is for Pasqual, and for the old me, and every other person who overdosed this year in San Francisco—over 4,000 overdose reversals so far according to the DOPE Project—and of course, this is for every person whose life was lost. You did not die in vain. You are not forgotten.

That’s why the groups I am part of–the HIV Advocacy Network at San Francisco AIDS Foundation and the nonprofit Young People in Recovery, plus many others–are urging Mayor Breed to recognize this overdose epidemic for what it is and declare a public health state of emergency in San Francisco.

Once this has been declared, we hope to implement supervised consumption services, which significantly decrease overdose deaths (not to mention hospitalizations and new HIV infections).

I believe we have a moral obligation to cast aside the suffocating stigma that still exists around people who use drugs, and instead move forward into a new era of health, healing, and happiness around substance use. Drug users deserve protection.

Overdoses are both preventable and reversible, and even one overdose death is too many. It’s time we put our communities first and start fighting for the healthcare we deserve, increasing services and care to people who use drugs, decriminalizing substances, and opening supervised consumption sites as soon as possible. We have the power—the duty—to enact these life-affirming changes.

I’d like to invite you to join me in taking action. If you’d like to sign our petition to Mayor Breed urging her and the board of supervisors to open Supervised Consumption Sites, please text “prevent OD” to 52886, or visit this link online, where you’ll find our online petition. Fill in your information and add your name to sign onto the fight for our lives.

Have a beautiful September recovery month.

Sign the petition for safe consumption services in San Francisco

If you live in the San Francisco bay area or in northern California, we invite you to join us. Now more than ever it’s important that we show up, speak out and fight back. The San Francisco AIDS Foundation’s HIV Advocacy Network (HAN) is a grassroots group of activists in the Bay Area fighting to end the HIV/AIDS epidemic and improve the lives of communities impacted by HIV. Please join us! 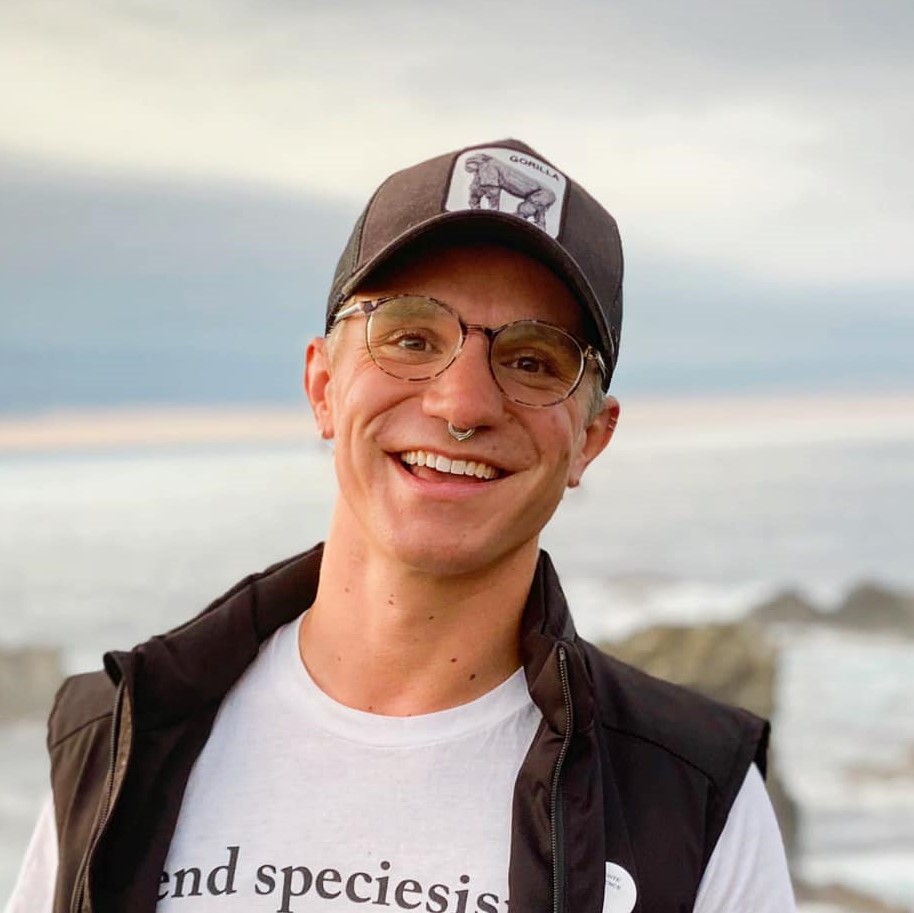 Nikos Pecoraro (they/them) is a member of HIV Advocacy Network at San Francisco AIDS Foundation. They fight for the rights of folks experiencing houselessness and substance use disorders, as well as advocate and organize for animal rights. They enjoy singing, jogging, and hiking in their free time.