PrEP Works Despite Missed Doses, Although Daily Use Is Advised

PrEP protects with less than 100% adherence, according to findings presented at AIDS 2014. What does this mean for “real-world” PrEP use?
By Emily Land, MA

No one who took Truvada PrEP at least four times per week acquired HIV in the iPrEx Open Label Extension (iPrEx OLE) demonstration project, according to data presented today at the AIDS 2014 conference in Melbourne. These new data support PrEP as a valuable HIV prevention option even when adherence may be less than 100%.

“Adherence has to be good, not great,” said iPrEx protocol chair Robert Grant, MD, MPH, of the Gladstone Institutes, the University of California at San Francisco, and San Francisco AIDS Foundation, in his late-breaker presentation of the study results.

PrEP, short for pre-exposure prophylaxis, is a relatively new prevention strategy in which HIV-negative individuals take antiretroviral medications to reduce their risk for infection. The combination antiretroviral drug Truvada, widely used for HIV treatment, is currently the only FDA-approved PrEP drug and is prescribed as a once-daily oral pill. (Other drugs and formulations are under study for use as PrEP; learn more here.)

Approval of Truvada PrEP in 2012 was based largely on results from the multinational iPrEx trial of PrEP in gay and bisexual men (and other men who have sex with men) and a smaller sample of transgender women. When researchers looked at new HIV infections during the study, they found a 44% overall reduction in HIV incidence among participants who were offered PrEP—although not all members of this study arm actually took the drugs as prescribed. Later analyses showed that, when taken four times per week, PrEP offered an estimated 96% drop in HIV risk—and upwards of 99% when taken daily.

The 72-week iPrEx OLE demonstration project enrolled 1,603 HIV-negative participants formerly enrolled in the iPrEx trial. Unlike in iPrEx, which randomized participants to receive PrEP or a placebo pill, OLE volunteers chose their study arm for themselves. The vast majority (76%) opted to receive daily oral PrEP, demonstrating high demand for this HIV prevention tool.

To measure PrEP adherence in iPrEx OLE, researchers assessed drug levels in dried blood spots (DBS). Among participants who received PrEP, zero HIV infections were detected at study visits where DBS sampling signified use of four to seven pills per week. DBS drug concentrations indicating use of two to three pills per week was associated with a 90% reduction in HIV acquisition risk.

“Daily dosing of PrEP is recommended, because it helps foster the habit of consistent PrEP use and increases drug levels in the body, providing the best safety cushion for individuals who occasionally miss doses,” said Grant in an iPrEx OLE press release. “At the same time, these results demonstrate that PrEP remains highly effective, even in real-world circumstances in which adherence may not be perfect.”

This durable protective effect is one of PrEP’s unique strengths; as Grant said at a recent public forum in San Francisco, “Having used a condom yesterday provides no protection if you don’t use a condom today.” (That said, Grant and other researchers, clinicians, and advocates readily acknowledge that PrEP protects only against HIV, not against syphilis, gonorrhea, chlamydia, and other sexually transmitted infections, and it has no contraceptive effect.)

The OLE demonstration project also shed light on sexual behavior in the context of PrEP use. Researchers saw no evidence of “risk compensation”—increased sexual risk-taking when using PrEP—in iPrEx OLE, and incidence of syphilis (a marker of condomless sex) was comparable between participants receiving PrEP and those not receiving PrEP. These findings lend weight to earlier data suggesting that PrEP does not promote sexual risk-taking.

Taken together, these new findings on PrEP’s efficacy, demand, and lack of evidence for risk compensation may also help medical providers get more comfortable prescribing PrEP. The iPrEx OLE results also come on the heels of the U.S. Centers for Disease Control and Prevention’s recently released clinical guidelines for PrEP, which recommend that providers advise patients at “substantial risk” for HIV infection about the benefits of PrEP.

“This study provides still more evidence that gay and bisexual men and transgender women want access to this safe and highly effective form of HIV prevention,” said Jim Pickett, director of prevention advocacy and gay men’s health at AIDS Foundation of Chicago, in the iPrEx OLE press release. “Moving forward, we must increase awareness of PrEP among all who could benefit from it, and overcome critical barriers to PrEP access including misinformation, lack of provider training and insufficient coverage via health insurance and other payor programs.”

To learn more about PrEP and who stands to benefit from it, see BETA’s ever-growing “virtual library” of videos, articles, personal stories, and other resources on PrEP. Wondering whether PrEP is right for you? Looking for info to share with your patients or clients—or billing codes related to PrEP? Get your questions answered at PrEPfacts.org.

San Francisco AIDS Foundation receives funding from corporate partners including those in the pharmaceutical industry. Editorial decisions on our blog and website are made independently. For more information about SFAF funding, please refer to our financial and tax documents. 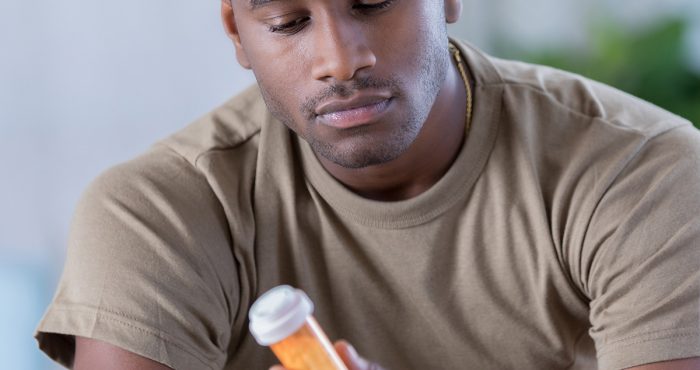