Skip to content
Public health officials issued a "stay-at-home" order to be in effect until May 3 or further. We've closed our office at 1035 Market Street and only offering essential services at Strut and the 6th Street Harm Reduction Center. Learn more.
Hepatitis C

With affordable, highly-effective hepatitis C (HCV) direct acting antiretroviral medications now available, innovative programs in San Francisco are reaching people who inject drugs with hepatitis C cure support and treatment. Clinicians and advocates who recognize the benefit of treating everyone with hepatitis C—regardless of their substance use—are advocating for a non-judgmental approach to this deadly infection.

“We are one of the only centers in the U.S. who are prioritizing people who use substances in hepatitis C treatment work. We’re proving that this approach works and that it’s helping the right people who need access to hepatitis C medications.”

“If we want to make a dent in this epidemic, you have to treat people who are actively injecting drugs,” said Annie Luetkemeyer, MD, from University of California San Francisco, at a recent HIV grand rounds at San Francisco General Hospital. “If you want to avoid new cases, you’re going to double the reduction in hepatitis C cases averted if you treat PWID [people who inject drugs] as opposed to just focusing on non-PWID.”

With these comments, Luetkemeyer addressed the resistance that some providers may have about treating people who are at risk for re-infection (through injection drug use) or who have difficult lives that may stand in the way of adherence (for instance, because they are homeless). 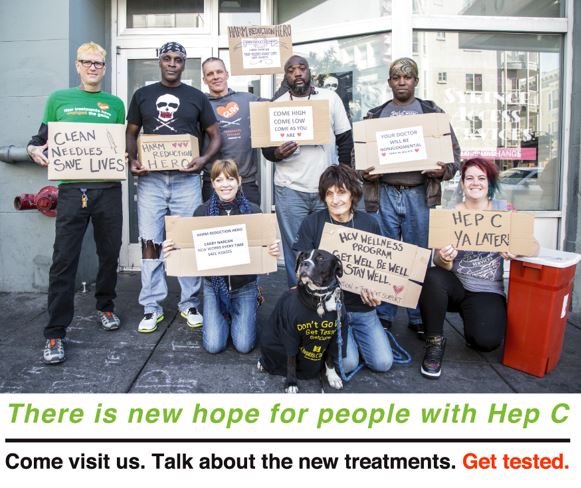 Erica*, a 22-year old from San Francisco, is one person who has been cured of hepatitis C. She received navigation services through the San Francisco AIDS Foundation program at the 6th Street Harm Reduction Center.

“It was like I had the whole healthcare system behind me—all I had to do was show up to my appointments. Nobody judged me when I relapsed. I was still able to take the meds. Sometimes you relapse, but you still want to be cured of hep C. I think that’s very important that you can still be using and still get the meds,” she said.

There are likely three to four million people in the U.S. living with chronic hepatitis C, with about 34,000 new hepatitis C infections occurring every year. Hepatitis C kills more people in the U.S. than any other infectious disease that is reported to the CDC (including HIV). In 2015, nearly 20,000 people dying from hepatitis C-related causes. Most people living with hepatitis C have been infected through injection drug use (this blood-borne virus can live in needles and syringes but also on other equipment like drug cookers and filters).

In San Francisco, the End Hep C SF initiative estimates that there are 12,000 people with active hepatitis C virus in their bodies. These are people who are able to transmit hepatitis C to other people and who would benefit from treatment.

End Hep C SF recommends that you talk to your medical provider about testing for hepatitis C (HCV) if you have ever injected drugs, are a man who has sex with men, are a trans woman, or were born between 1945 – 1965.

What keeps people who use drugs from getting cured of hepatitis C?

Katie Burk, MPH, viral hepatitis coordinator for the San Francisco Department of Public Health, said that there are a variety of factors that can stand in the way of people accessing hepatitis C treatment.

People who have unstable lives—because of substance use but also from things like homelessness—can make accessing any kind of medical care seem out of reach.

“If you don’t have the basic necessities of life secured, it’s hard to take on any new goal or health intervention,” said Burk. “If you’re homeless, it’s difficult to make appointments or hold on to medications. It’s difficult to work on any goal besides your immediate survival, because you’re just figuring out where to eat and a place to sleep.”

On top of that, health systems barriers may prevent people who want to access treatment from actually being able to do so.

“Our systems aren’t really designed to accommodate the needs of people who need our services the most,” said Burk. “There are all these bureaucratic and logistical barriers inherent in traditional medical care. Maybe somebody is ready to see a doctor, but they can’t get an appointment for a couple of weeks. If folks are actually ready to take medication, they might have to go through a lot of time-consuming hoops in order to get them. Re-establishing insurance in a particular setting can be difficult for people who may be homeless and moving frequently from county to county.”

Burk also said that people who use substances oftentimes have “tenuous relationships” with the medical system. If people have been mistreated, stigmatized or dismissed by medical providers it he past, they may be less willing to seek treatment for hepatitis C even if it is available to them.

How can we make hepatitis C treatment accessible to people who use drugs?

Innovative programs in San Francisco are finding ways to bridge the gap between people who use substance and hepatitis C treatment—making cure regimens more accessible than ever before. Meeting people where they already are is one strategy being used to reach more people with medications and care.

“There are so many people who we would love to go to primary care, but it’s just not going to happen right now,” said Burk. “They won’t or can’t go consistently. But there are places in our system where they may be meaningfully engaged. It might not be where hepatitis C treatment has traditionally been offered, but if we can bring treatment to those places, then we have opportunities to treat folks where they’re already showing up. In San Francisco we’re developing treatment models in drug treatment programs, syringe access programs, sexual health clinics, and homeless shelters to meet these needs.”

With the right support, people living with hepatitis C who still use substances and who may also be experiencing homelessness do well in hepatitis C cure programs.

Although re-infection is a risk for people who use IV drugs, the rate of reinfection is relatively low (between 1 – 2%), and worry over re-infection shouldn’t prevent people from being able to access hepatitis C medications, said Luetkemeyer.

At San Francisco AIDS Foundation, 24 people have started hepatitis C medication through the Hepatitis C Wellness Program, with 11 people who have completed treatment. The program, which began in July 2017, enrolls clients at the 6th Street Harm Reduction Center, which serves high-needs clients accessing harm reduction and safer drug use supplies.

“Everyone who has reached week four has been fully suppressed, which shows that the program is working well,” said Crouch. “Many people we see are homeless and out of medical care. We’re treating people who would never get treated for hepatitis C otherwise. There are a very small number of people doing hepatitis C cure programs at syringe access sites, but this is absolutely the right place to meet people who need access to treatment.”

Gray said that in addition to being cured of hepatitis C, clients have used the meetings to work on other goals related to health and well-being.

“I set a goal with each client early in the process, and stay in constant touch with them. Almost everyone makes a goal and meets it. We’ve seen people who have already been able to do things like find housing, stop or reduce their substance use, and re-connect with their children. Getting cured changes the trajectories of people’s lives. The efficacy of it is amazing. It shows them that life can be different. They feel so much better—usually very quickly—and get excited at being able to do things they couldn’t before,” said Gray.

“Pauli told me that he would help me do everything,” said Erica. “He made appointments for me, he told me when to show up. He made it so easy for me. At the beginning, I was in [drug] treatment, so it was really easy for me to get to my appointments. At the end, I started relapsing, but Pauli went out of his way to make sure I was still taking my meds.”

Erica* found out she had hepatitis C when she was 18, and undergoing chemotherapy for uterine cancer. She contracted HCV from IV drug use with her then-boyfriend, who didn’t reveal to Erica that he had HCV.

“I was living in Sacramento at the time, and tried to get into treatment. But I wasn’t ready,” she said.

So Erica moved back to San Francisco, and spent two years without housing—living in a tent under an overpass. She quit heroin to finish chemotherapy, and then relapsed when her cancer treatment ended.

She connected with Gray at the 6th Street Harm Reduction Center when she was accessing safer drug use supplies, and sought help for an abusive relationship.

“He didn’t pressure me with the hepatitis C treatment right away,” she said. “He was just like, ‘let’s get you safe and stable, and then we’ll go from there.’ Pauli helped me reconnect with my mom, and he also helped get me into [drug] treatment.”

About a year ago, Erica decided she was ready to pursue hepatitis C treatment.

Gray set up the medical appointments, helped her access the three-month course of treatment for free, and checked in on Erica daily. When Erica started using again, Gray continued to check in on her and make sure she continued to take her medication. Erica attended the weekly support groups at the 6th Street Harm Reduction Center, and received individual counseling and support as well.

In July, Erica finished the course of medication, and found out that she was cured of HCV.

“I noticed that I have way more energy now. For [the medication] to be free, that was huge. I’m so young. I was so worried that this would affect my long-term health. So for me to have it treated so quickly was amazing.”

*not her real name.

Charles Hawthorne breaks down how the racist war on drugs stands in the way of health and humanity for drug users, and shares his perspective on reaching people with kindness, empathy and love.

In SF, game-changing programs aim to cure all of hepatitis C

New programs in San Francisco are addressing the “silent epidemic” that affects more than 12,000 community members. HCV cure is possible, but many people don’t know it’s an option. 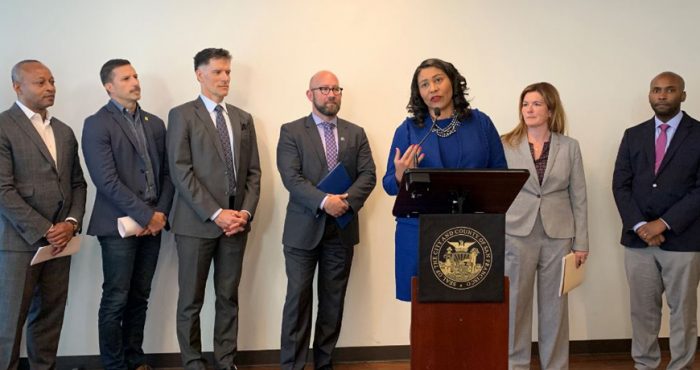 Recently-released recommendations emphasize the need for compassionate, easy-to-access services for people who use meth in San Francisco. 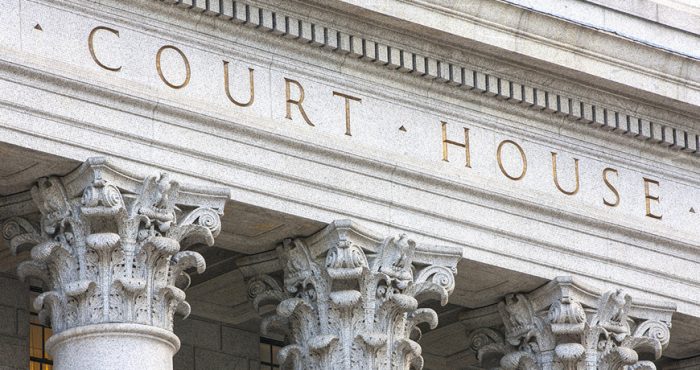