The challenge of visibility for transgender people is that once seen, they can be targeted. What does visibility mean if it comes at the cost of violence?
By Kai Proschan

Every year it gets better and worse for the transgender community. March 31 is International Transgender Day of Visibility and the first in four years we’re celebrating under political leadership championing queer and transgender rights.

Politics plays a critical role when it comes to including and empowering transgender people. At the highest level, inclusive laws and protections must be enforced to create equal access to basic human needs like healthcare, housing, and employment.

However, the cis-heteronormative powers that sit in the decision-making chairs have deliberately chosen to exclude and dehumanize transgender and nonbinary folks. This creates inequality that waterfalls into their involvement in society. Just recently, the Arkansas legislature passed HB 1570, which, if signed by the governor, would prevent doctors from providing gender-affirming care to minors.

According to The National Center for Transgender Equality, more than one in four transgender people have lost their jobs due to bias and more than three-fourths have experienced workplace discrimination. This forces many to live a life with little to no help from existing infrastructures. Many turn to sex work–a valid occupation nonetheless–which lies closely next to violence.

The challenge of visibility for transgender people is that once seen, they can be targeted. That’s exactly what’s happening to this community, especially people of color. Since the Human Rights Campaign started keeping records in 2013, at least 200 transgender and gender-expansive people have been killed in the United States. This is at minimum considering that many of these violent attacks and homicides go unreported.

Then what does visibility mean if it comes at the cost of potentially losing one’s life? And what does it mean to move beyond visibility?

Last Friday, five transgender activists came together to answer these questions in an event called “Beyond Visibility” hosted by FOLX Health, Trans Guy Supply, and HER app.

The event took place on Zoom, naturally. Chris Mosier, the first transgender athlete to represent the U.S. at the Olympics, moderated the event along with four panelists, all people of color.

Over 60 attendees were in the digital room at one point. Despite my acquired Zoom fatigue over the past year, this event felt different. Unlike a corporate-sponsored justice and equity workshop or an all-access Instagram live, this semi-private Zoom room was the closest to a safe and large queer space we could have in these times.

Mosier, wearing a red and blue flannel, bikes hanging on the wall behind him, opened the discussion with what each panelist thought of visibility.

Rej Joo, an activist, self-defense teacher, and 1.5 generation Korean-American started. His challenge with the question was that it touched on his Asian American identity. “Culturally, a lot of information is encouraged to be private,” he said. Intersecting his ethnic background is his trans experience of being a man, he continued.

Ultimately, he hopes to see a future where we’re not even talking about visibility because “being trans and non-binary is boring.”

This is a loaded question for these panelists. Race and ethnic background add multiple layers of complexity to the simple act of being seen.

Dr. Kameryn Lee, vice president of medical affairs and equity at FOLX Health, added that visibility works both ways. It’s not about just being seen, but also how well others can see you, she said in her yellow tee with “Protect Black Trans Women” written across the front. A transgender flag hung on the wall behind her.

“For most people, their visibility will improve if they are willing to turn on a light, and open their eyes a little wider,” she said.

“I love that response,” Vilsón said. An activist, actor, and member of the House of Balenciaga, he knows a thing or two about being seen. He famously said, “To be both Black and Trans is to be hunted in this country”.

Visibility’s proximity to violence is why this is still an issue for the transgender community. Living life as their authentic selves costs them their lives. While mainstream representation through television shows like Pose and the movie Disclosure added new transgender narratives to the screen, the problem isn’t solved.

The United States has seen a skyrocketing of anti-trans bills in 2021. Already, there have been 65 anti-trans bills targeted at youth. In 2020 there were 41. The main focus of the bills this year has been on regulating school sports, a topic close to Mosier’s heart.

“In sports, 30 states have laws that prevent trans folks from competing from elementary to college,” said Mosier. “That’s a huge loss to young people.”

Transgender people have been invited to the table for media, entertainment, and glossy magazine covers, but they’re still discriminated against politically. This ripples into bigger society and creates more dangerous waves as it travels out.

“I myself am a survivor of multiple ways of violence both on the streets and in person. Violence specifically towards trans women has always been present,” said Bamby Salcedo through tears. She is the president and CEO of TransLatin@ Coalition, an organization that specifically helps immigrant transgender women.

On March 17, Rayanna Pardo, a 26-year old transgender woman, was hit and killed by a car in Los Angeles. TransLatin@ Coalition along with Pardo’s friends and family held a candlelight vigil on March 20. This marks at least 12 transgender or non-binary people killed in 2021.

“There’s a seductive narrative to visibility,” added Joo. “But it depends on the various intersectional identities.”

Visibility isn’t as dangerous for someone of privilege like Caitlin Jenner as it is to an immigrant transgender sex worker, said Joo. This is proven by the cold, lifeless numbers of who’s getting killed.

Even then, people like Dr. Lee are willing to be visible.

“I’m not going to be invisible because of fear,” she said. It’s the same thing with her Blackness. By being more visible, others can be inspired to do the same, she added. For her, multiplying visibility is more important than moving beyond it.

Salcedo disagreed and argued that the community needed to move beyond visibility.

“Many people think our social issues have been addressed. That is a lie,” she said in regards to increased media representation.

After visibility comes education, and after that comes acceptance. Eventually, the utopia is a place where these things don’t matter at all.

“We’re so visible that we’re invisible,” added Joo. “I hope all the colors existing in society is not a big deal.”

At the end of the event, audience members submitted their questions. One person was experiencing difficulty in explaining their transition to others. Salcedo swiftly responded that, “You don’t need to explain anything to anybody,” and the rest of the panelists nodded in agreement.

Another was looking for mental health help and Dr. Lee recommended Violet and Euphoria as apps she had tried with success. Joo recommended community Facebook groups.

It’s clear that the community is great at taking care of each other, and now the work must come from outside. It’s up to the rest of the LGBTQ+ community and allies to keep fighting for transgender people until they’re treated fairly. Donating to BIPOC organizations, calling senators, and redistributing wealth all go a long way in protecting these trailblazers of history and culture. Although Transgender Day of Visibility is one day, every day is Transgender Day of Pride.

We’re open during COVID-19! Contact us for more information about the free services and resources through our TransCare program.
Get Involved 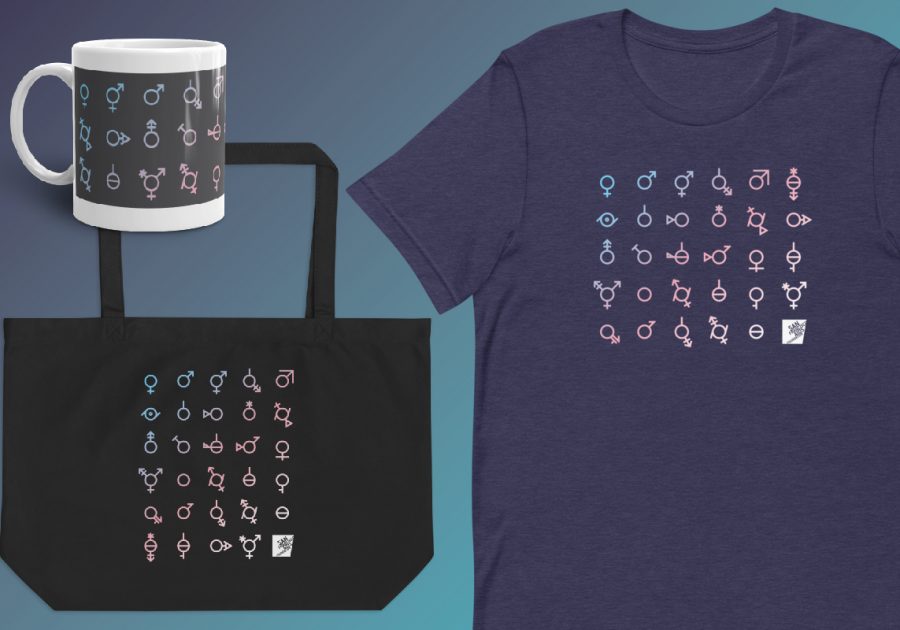 Check out the Trans Day of Visibility merch available from San Francisco AIDS Foundation!  Get a gender neutral T-shirt or sweatshirt, plus a mug and tote bag. 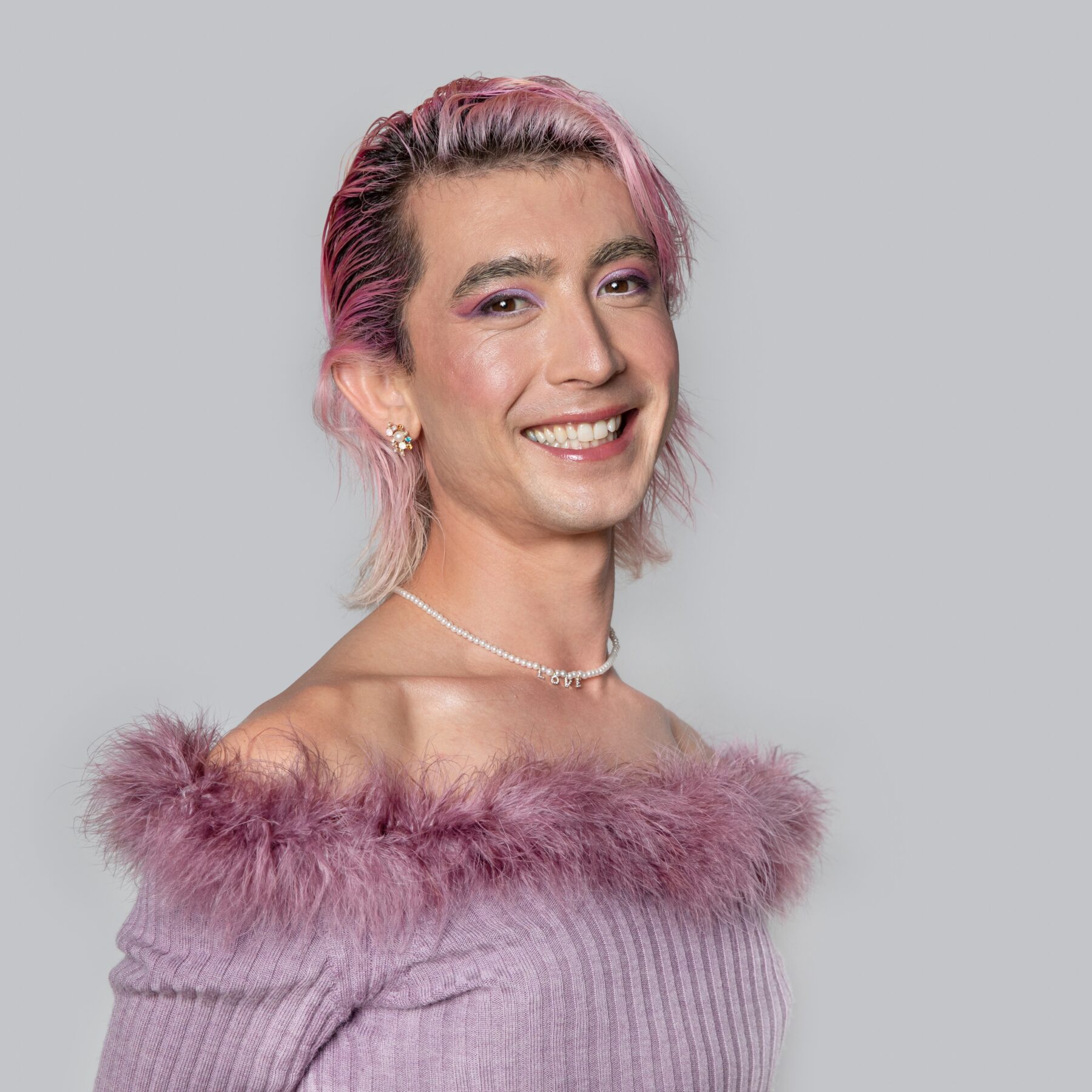 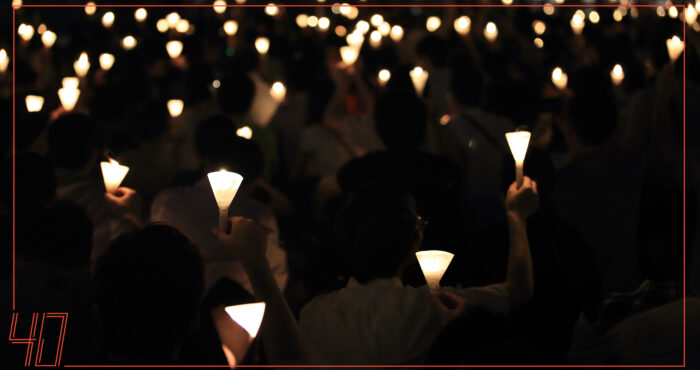 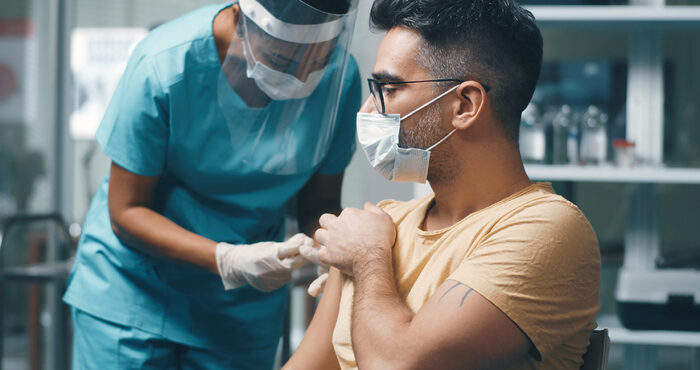