Queer Tarot: A Brief Story of Meaning and Healing

We celebrate the queer history of Tarot, the ways it explores queer and trans narratives of gender and sexuality, and the power Tarot can have on self-exploration.
By Pedro J. Rolón

In ways beyond what meets the eye, Tarot is without a doubt a queer art and practice.

It’s no surprise, then, to find that queer people and social spaces across various historical contexts have understood and celebrated this queerness almost intuitively, resonating with its famous esoteric images and reveling in its mysterious existence between the realm of dreams and waking life, at the margins of everyday logic: similar to queer life itself.

Both the political, social, and ethical practice of queerness as well as the art of Tarot require us to renounce the normative. Both are stories of reshaping and reclaiming meaning, of holistic self-development and self-making not only of ourselves, but of those with whom we commune and share love and care. We pick up the deck, shuffle the 78 cards, and take a leap––or dive––of faith into the vast unknown, hoping to come out on the other side transformed.

Because the history and development of Tarot involves the contributions of both Western and non-Western cultures dating back to antiquity, its origin is difficult to know for sure. Tarot as we know it now comes from a European context: a playing card game dating back to 14th century Italy and France which then transformed into a divination method by the late 18th and 19th century. At the time, it was an aristocratic activity.

We can say that it wasn’t until the wide distribution of the Rider-Waite-Smith deck, first in England in 1909 and then by U.S Games in 1971, that Tarot became the cultural phenomenon it is today.

The Rider-Waite-Smith deck is by far the most popular Tarot. The history of its name, however, attests to a story of erasure. Formerly called the “Rider-Waite” deck, the original name completely erased the contributions of Pamela Colman Smith (1858-1951), a woman of color of Jamaican and British descent who painted its now-iconic images.

Colman, both a visionary artist and brilliant esoteric scholar, painted these images for a small sum of money and lived mostly in poverty, even after the success of the deck she helped create. Scholars of the Tarot have now discussed the possibility of Smith’s own queerness: she frequented bohemian art and magical spaces with a robust queer presence, and was a fervent advocate of feminist causes in her time.

After Smith, many artists have continued to make new renditions of her classic images, infusing them with newer freedoms of our time. This bespeaks a queer ethos, a powerful reclaiming of tradition. Tarot now reflects the democratization of the cards themselves: decks like the Black Power Tarot, prominently featuring Black figures; or the Slutist deck, depicting sex workers. We are reminded  that this divination’s toolkit is for all to participate and see ourselves in.

But beyond historical particulars, queerness is at the heart of Tarot itself.

At a glance, the images in the deck might seem to follow heteronormative conventions: queens, kings, priestesses, emperors–all gendered. However, once we venture into the esoteric correspondences layered in the cards, we discover a story deeply resonant with queer and trans narratives of gender and sexuality.

Gender in the tarot is expressed as ever-changing fluid energy, far from binary logic. At its core, Tarot tells the story of transcendence from these limiting dualistic forms: there are masculine and feminine attributes in all of us. A card like Temperance, of the Major Arcana, speaks of this important combination of opposites––masculine fire and feminine water combined in a chalice by an androgynous angelic being. As a card that centers the importance of blending opposite forces, it tells of the rich fluidity we are capable of embodying and of the deep healing that comes from pursuing the deeper truths within ourselves, truths which often exceed imposed societal expectations.

As a queer person of color practicing Tarot, I have experienced the ways in which it has gifted me and others a language to rewrite and relearn what we think we know about ourselves. In reading for others, I have used Tarot to craft a safe space where others can learn to discover themselves and their unique paths with compassion and curiosity.

I’ve seen many a gender journey emerge from readings. I’ve brought up readings and card associations to my therapist, where they have often helped me find words when words have failed. As a practice of community-formation and gathering, Tarot returns to us the curative power of ritual which was taken from us when we were shunned from many traditional spiritual communities. This integration to the collective is vital to our holistic understanding of ourselves in the context of a fractured and often-hostile world.

So take a deck, close your eyes, take a deep breath, and see yourself mirrored in the infinite queer possibility that connects us to the greater mystery of life.

This World AIDS Day, we express our passion for a more balanced, equitable, and just world through the art and practice of Tarot. With three cards, we share our vision of Health Justice for All. 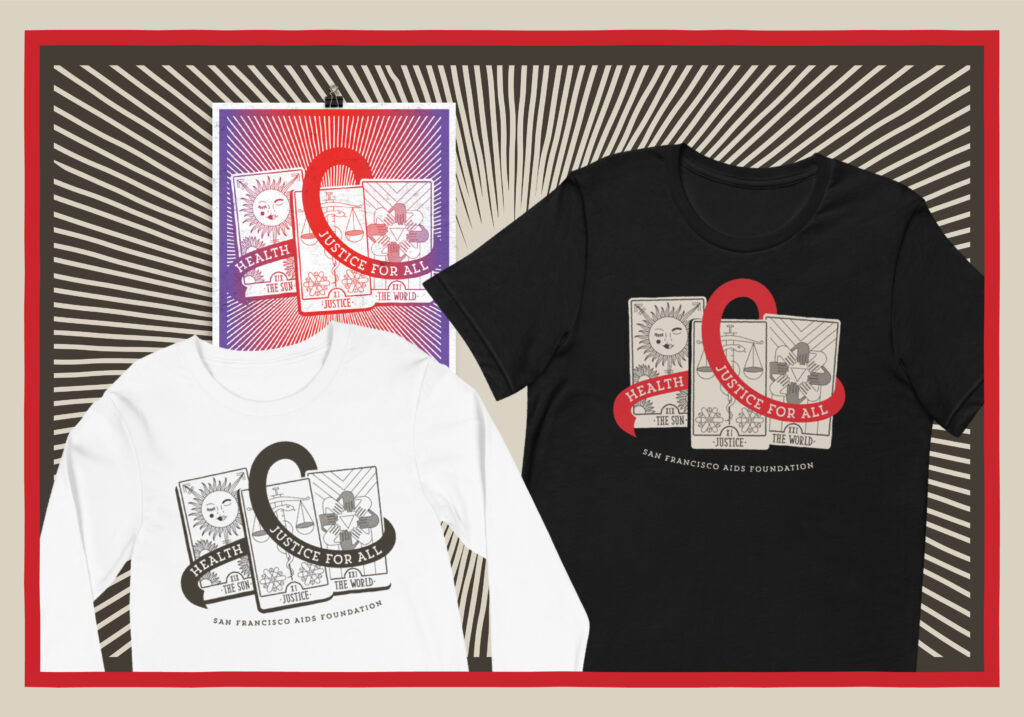 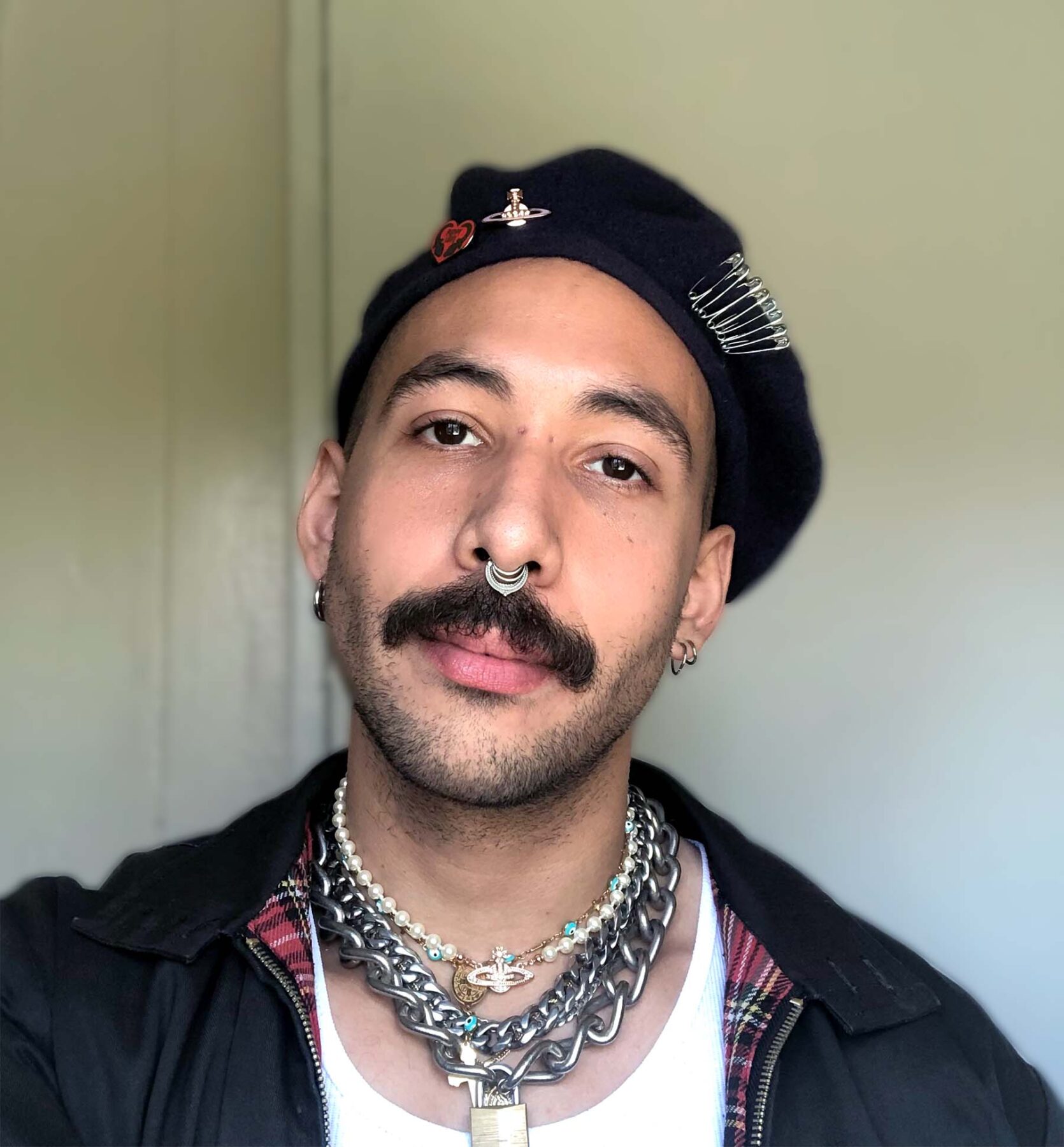 Pedro J. Rolón (they/he) is a poet, educator, musician, Tarot practitioner, and a Ph.D. candidate in Comparative Literature at UC Berkeley hailing from Caguas, Puerto Rico. They can be reached at pedrojavier.rolon@gmail.com / Instagram: @_aquasophies for inquiries. 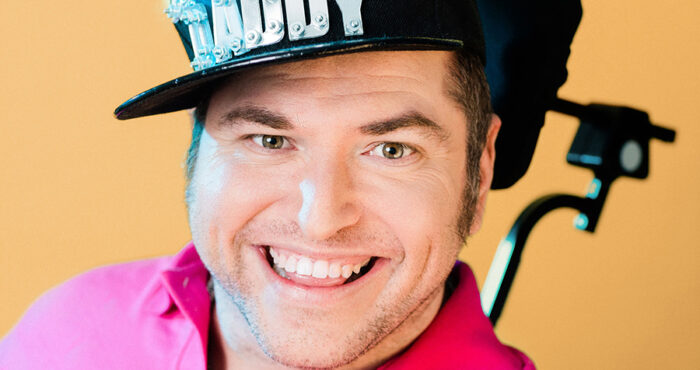 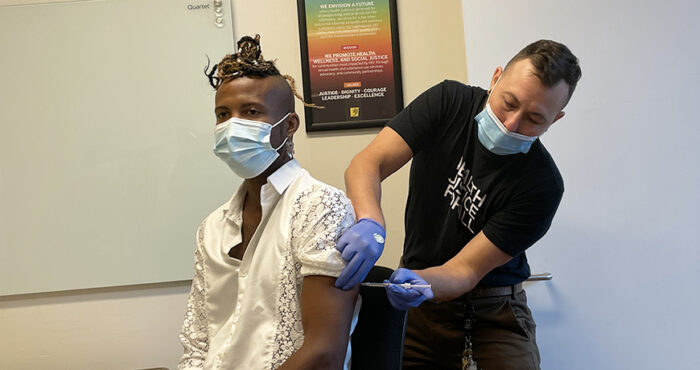