When Herbert* moved to San Francisco, he left friends, family, and his doctor behind. He lost access to the combination of HIV medications that had kept him healthy and prevented him from transmitting the virus to others. He was relieved when he found a provider who was able to kick-start his HIV treatment using a highly potent, durable combination of drugs to fight back against the virus. That treatment was an emergency intervention that would not otherwise be first-line, and served as a “bridge” to the preferred longer-term therapy that his doctor would prescribe based on lab results and the details of his prior care. Existing Medicare rules allowed Herbert’s doctor to order that more expensive HIV medication. That choice not only helped Herbert avoid getting very sick, but also decreased the chance that the HIV in his body would become resistant to treatment.

Today, more than 60 percent of people living with HIV in the Bay Area are over the age of 55 and nearly a quarter of all such persons use Medicare to pay for their care and treatment.

Herbert was able to get the care he needed, when he needed it, because of Medicare Part D’s protected class policy. The policy ensures that people have access to the treatments they and their providers believe are the most effective, not only the ones that save health insurance companies a buck.

This policy has helped save and improve millions of lives – and helped prevent new infections through early initiation of HIV antiretrovirals, which decreases forward transmission of HIV while improving medical outcomes in those treated early. In fact, thanks in part to this policy and local efforts to expand HIV treatment access, new diagnoses dropped by more than 50 percent in San Francisco from 2012 to 2016.

However, a new proposed rule by the Trump Administration could remove these protections, giving insurance companies the power to restrict access to medications that people living with HIV need.

Under the proposal, insurance companies could also require “prior authorization” and/or “step therapy,” which would force patients to use and fail cheaper therapies before getting access to more effective ones.

We know this is bad policy. Choosing antiretroviral medications is a complex exercise, especially for those patients with unknown or suspected HIV resistance patterns. Specialized medical training and credentialing inform those decisions, and these are the domain of HIV specialists, not insurance companies or their algorithms. HIV medicines vary considerably in terms of side effects, and recent innovation has made more recently developed therapies vastly more tolerable. Selecting treatment regimens tailored to the medical conditions and idiosyncrasies of individual patients requires close collaboration between people living with HIV and their health care providers.

Efficient selection of appropriate regimens is key. People living with HIV rely on daily access to life-saving medications and do not have the luxury of experimenting with drug combinations their health care providers have ruled out. Starting antiretrovirals immediately on diagnosis – barring insurance-imposed delays – holds the promise of averting new infections. Restricting HIV medication selection based on cost and ignoring doctors’ professional judgment is awful public policy.

To be clear, reducing health care system cost is important, but letting insurance companies decide which drugs to cover under Medicare for people living with a highly-infectious and potentially costly disease is dangerous. It would move us backwards in our fight to end the HIV epidemic, which is now in reach, notwithstanding this disturbing proposal.

Our entire community — health care providers, advocates, people living with HIV, government, and corporations — has made extraordinary strides against HIV transmission since the worst days of the epidemic, with new diagnoses in San Francisco falling to 221 in 2017. This proposed rule would put this vital progress in jeopardy. That’s why we are calling on our community to contact their members of Congress and tell them to oppose this rule. To find your member of congress visit www.contactingcongress.org or call (202) 224-3121.

(*Name has been changed)

Ernest Hopkins has been engaged with legislative policy affecting the lives of People Living with HIV/AIDS for more than two decades. He has led national advocacy coalitions, testified before congressional committees, and advised Congress on legislative initiatives. He is the recipient of the Congressional Black Caucus Leadership Award, and leads national policy and legislative affairs at San Francisco AIDS Foundation.

Christopher Hall, MD, MS, AAHIVS is the former vice president of medical affairs at San Francisco AIDS Foundation and has more than 30 years of experience in the HIV movement as a leader, clinical provider, researcher and policy advocate.

In California, Commissioner Lara is urging the FDA and the Department of Health and Human Services to put science before stigma, and end the deferral period for blood donations by gay, bisexual & Queer men. 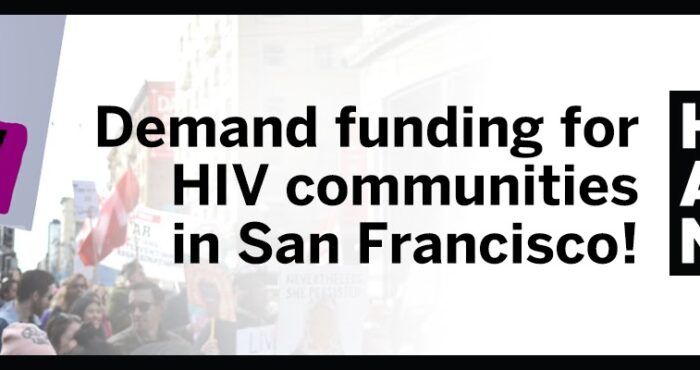 We fought for HIV funding in San Francisco, and we won 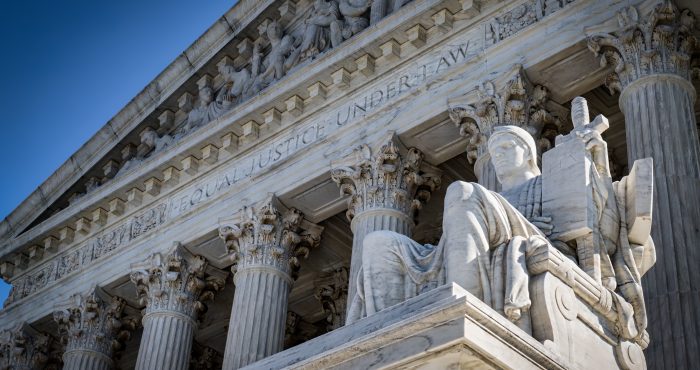 Today's ruling will preserve healthcare access for millions of people in the U.S. 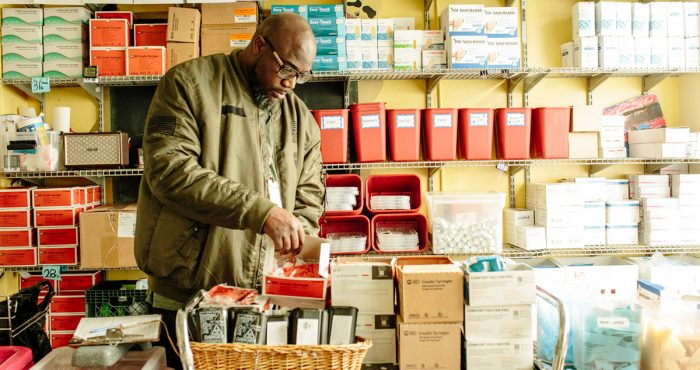 Laura Thomas, our director of harm reduction policy, testified to the House Committee on Appropriations for federal funding to expand services offered by syringe service programs.