The “Berlin Patient”: Sorting Out the Science

Talk and questions abound about traces of HIV found in the "Berlin Patient"—the first person believed cured of the virus. What does it all mean for the prospect of an HIV cure?
By Reilly O'Neal

Readers familiar with the story of Timothy Brown—hailed as the first person cured of HIV—may be puzzled by all the talk around confusing reports that HIV traces were detected in his body. What does this mean for the man formerly known as the “Berlin Patient”—and for the prospect of an HIV cure?

This article sorts through the history, the current talk, and the science. 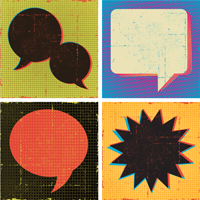 In 2007 and 2008, while living in Berlin, Germany, Brown underwent successful treatment for leukemia that apparently cured his HIV into the bargain. Brown’s therapy involved a bone marrow transplant from a donor with a unique genetic mutation—a mutation that made the donor’s immune system cells resistant to HIV.

In order to enter a CD4 cell—one of the key types of cells that make up the immune system—and make more copies of itself (known as “replication”), the virus must attach to a chemical “coreceptor” on the cell’s surface. HIV most commonly uses a coreceptor called CCR5; this type of HIV is called “CCR5-tropic” virus. (Another type of HIV enters cells through the CXCR4 coreceptor, and some HIV can use either of these coreceptors to enter cells.)

Worldwide, an estimated 1% of people of European ancestry carry a variation in their genes—known as the CCR5-delta-32 mutation—that prevents their CD4 cells from properly making the CCR5 coreceptor. Here’s the exciting part: No CCR5 coreceptor means no entry by CCR5-tropic virus! In fact, the antiretroviral drug maraviroc (Selzentry), used to treat HIV disease, effectively mimics this mutation by blocking the CCR5 coreceptor so the virus can’t enter CD4 cells and replicate.

The cells Brown received with his bone marrow transplant appeared to confer the same benefits to him: Following the procedure and chemotherapy, his body produced new CD4 cells that lacked the CCR5 entry point for the virus. In a 2011, after his CD4 count had reached a normal, healthy level and numerous tests could detect no virus in his blood or other tissues, Brown was celebrated as the first person ever cured of HIV. Click here to watch the first televised interview with Brown.

The procedure Brown underwent was intensive and even life-threatening, as well as expensive; scaling-up bone marrow transplantation was never considered a viable way to end HIV/AIDS. But it did inspire hope and renewed research and advocacy toward an HIV cure.

It also inspired Brown to advocate for more funding for HIV cure research. “I am hoping for lots of effort and money to be directed toward a cure that may be attainable for everyone,” Brown told BETA in 2011. “I am really very much hoping that my friends and all others living with HIV will have access to a cure very soon.”

Attending San Francisco AIDS Foundation’s public forum on cure research last year, Brown quietly took his seat in the audience but received a standing ovation when he was recognized and introduced by a panelist. At the reception, he shook hands and graciously posed for snapshots with panelists and audience members—many of whom thanked him for his role in advancing HIV cure research. Everyone wanted to meet the man who had been cured.

In the News Again

Since his second bone marrow transplant procedure in 2008, Brown has been off antiretroviral drugs and had no detectable HIV—until now. At last week’s International Workshop on HIV & Hepatitis Virus Drug Resistance and Curative Strategies in Sitges, Spain, Dr. Steve Yukl from the University of California at San Francisco reported evidence of HIV “persistence” in Brown’s body.

To help make sense of these findings, here are the facts from the study and some possible interpretations for what they mean—and what they don’t mean.

Tests performed independently in two different labs found no “replication-competent” virus—that is virus capable of replicating, or making more copies of itself—in Brown’s blood plasma (the fluid part of the blood that holds the red and white blood cells). According to the conference presentation, as reported by Jules Levin from the National AIDS Treatment Advocacy Project, the researchers therefore estimated Brown to have “less than one infected cell per 1.4 billion [CD4] cells.”

What does this mean? If Brown has HIV-infected CD4 cells in his body, there are so few that these highly advanced tests were not sensitive enough to catch them. However, it’s also possible that his plasma isn’t harboring any infected cells; the researchers just don’t know at this point.

Highly sensitive polymerase chain reaction (PCR) tests were also performed to look for HIV’s genetic material (RNA and DNA) in Brown’s tissues. Some of these tests gave positive “signals” for very low levels of HIV RNA in the man’s plasma—but others did not. Genetic analyses of the these findings produced another puzzle: The HIV RNA appeared to differ from test to test, and none matched the genetics of the HIV Brown had before his bone marrow transplant.

Could there be some mistake? To Dr. Douglas Richman of the University of California at San Diego, who ran tests on Brown’s cells and found no trace of the virus, these genetic differences clinch it: He thinks the PCR tests were contaminated. “If you do enough cycles of PCR, you can get a signal in water for pink elephants,” Richman told Science magazine’s ScienceInsider blog. (HIV DNA was detected at very low levels in cells from rectal tissue samples but was not analyzed to see whether is was genetically related to Brown’s original HIV.)

The suggestion has been raised that Brown became re-infected with new strains of HIV (perhaps through unprotected sex). “That is not the case,” Brown says, as quoted on Shots, National Public Radio’s health blog. “It’s very difficult for me to listen to those things and read those things.”

So, is Brown cured…or not? That depends in part on your definition of “cure.”

Current research is geared toward two different types of HIV cure: “sterilizing,” in which all traces of HIV are eliminated from the body, and “functional,” in which the virus is kept in check by the immune system, without ongoing antiretroviral therapy. (For an in-depth look at HIV cure prospects and the research around them, see Liz Highleyman’s excellent article, “HIV Eradication: Time to Talk about a Cure,” in the BETA archive.)

In the case of Timothy Brown, scientists naturally wondered: Is this a sterilizing cure or a functional cure? Had Brown’s HIV been totally eradicated, or would some virus remain but be suppressed by his newly enhanced immune system?

Answers to those questions eluded scientists when the Berlin Patient’s story first made headlines. Given all the confusion around the HIV genetic material recently detected in his body, researchers still can’t say for certain whether Brown is truly HIV-free or functionally cured.

Still, a functional cure—and the accompanying freedom from lifelong antiretroviral therapy, fear of disease progression, and risk of transmitting HIV—isn’t exactly a consolation prize. At San Francisco AIDS Foundation’s 2011 public forum, “Is ‘Cure’ Still a Four-Letter Word?” amfAR’s Dr. Rowena Johnston noted that what the average HIV-positive person wants is to stop taking antiretroviral drugs, maintain good health, and eliminate the risk of transmitting the virus to others. A functional cure is “what the real-world patient is looking for,” she said. Click here for a summary of the eye-opening forum discussion.

The scientists whose data started this storm of speculation are sure about one thing: Their results are not proof that Brown wasn’t cured after all. As Yukl’s conference abstract concludes, although some tests showed evidence for HIV persistence, the extremely low levels of virus discovered and the genetic mismatch between the detected virus and Brown’s original HIV “make it impossible to conclude that the subject remains HIV infected.”

Ultimately, that’s the nature of science: It’s a process of continual learning, as tools and tests are fine-tuned and scientists ask new questions.

Science also depends on the altruism of those who volunteer for experimental therapies and join clinical trials. As Treatment Action Group’s Richard Jefferys put it in his excellent blog post, “The nature of these analyses is a testament to Brown’s extremely laudable willingness to undergo an array of unappealing procedures in order to advance research into curing HIV.” Without Brown’s courage and his willingness to share his body and his life with science, HIV cure research would not be where it is today.

Reilly O’Neal is a freelance writer and former editor of BETA.

Reilly O’Neal is a freelance writer and former editor of BETA.