PrEP researcher Dr. Robert Grant and PrEP Fact founder Damon Jacobs weigh in about what this case of HIV infection while on PrEP means for members of our community.
By Emily Land, MA 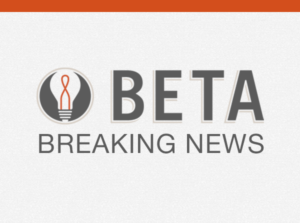 At the HIV Research for Prevention conference in Chicago today, the HIV community received news of the second well-documented PrEP failure case. Howard Grossman, from Cleveland Clinic in Florida, shared information about a male client on Truvada PrEP since January 1, 2016 who seroconverted. Here’s what we know about what happened.

The man on PrEP who seroconverted was a man in his 20s who has sex with other men. He was in a relationship with a man who has been living with HIV since 2012 and who has maintained an undetectable viral load.

The man on PrEP was adherent to PrEP. “Excellent adherence” was confirmed by measures of tenofovir in blood spots and hair taken from the client.

The man on PrEP acquired a multi-drug resistant form of HIV, with high-level resistance to lamivudine, abacavir, didanosine, emtricitabine, tenofovir, efavirenz, nevirapine, and rilpivirine. Because the type of HIV he was exposed to was resistant to the drugs in Truvada PrEP (tenofovir and emtricitabine), PrEP was not able to prevent HIV infection.

Read more about PrEP and drug resistant HIV on BETA.

Robert Grant, MD, MPH, of the Gladstone Institutes, the University of California at San Francisco and chief medical officer of San Francisco AIDS Foundation, explains that HIV mutations that can be resistant to the drugs in PrEP can occur in 20% to 60% of people who have sustained viral rebound (i.e., are not undetectable) when taking HIV therapy with tenofovir and emtricitabine (the drugs in PrEP). People in HIV care receive regular viral load tests and medications are substituted or adjusted when viral rebound occurs, which means that most often, transmission happens when people who are living with HIV “are undiagnosed or have left medical care entirely,” said Grant.

After testing positive for HIV, the client began HIV treatment with a boosted protease inhibitor regimen. An article by Damon Jacobs, LMTI on TheBody.com reports that the man has an undetectable viral load.

“My take away is that PrEP still reduces chances of HIV acquisition by 99%,” Jacobs, the founder of the PrEP Facts Facebook group, explained to BETA. “No one has ever said 100%. I’m still at much less risk for acquiring HIV while using PrEP than I am of getting run over by a car in Manhattan. This case gives us more information and insights, but for me won’t change any decisions or behaviors.”

“Using PrEP is protective against getting HIV and there are no guarantees,” explained Grant. “The feeling of safety fostered by PrEP has been healing for so many people, and that should be celebrated. When HIV infection occurs, it can be treated with excellent responses. This is an opportunity for us all to rethink our fears and celebrate our human connections, with or without HIV.”“

This case is the second well-documented case of HIV infection with adherence to PrEP. The first, also from a man who acquired multi-drug resistant HIV, was presented in early 2016 at the Conference on Retroviruses and Opportunistic Infections. (Read more from PrEP researchers Robert Grant, MD, MPH on his interpretation of the first PrEP failure case.)

For more information, read the Q&A by Damon Jacobs with Dr. Howard Grossman on The Body.