Skip to content
Public health officials issued a "stay-at-home" order to be in effect until further notice. We've closed our office at 1035 Market Street and only offering essential services at Strut and the 6th Street Harm Reduction Center. Learn more.
Research

New findings on inflammation & how it affects people with HIV

A new study finds that inflammation-related health concerns are more often a cause of death for people with HIV than cardiovascular disease, AIDS-related complications, and non-AIDS cancer.
By Warren Tong

Previous research has shown the association between increased inflammation in people living with HIV and risk of cardiovascular events, AIDS-related complications, and mortality. New research, published in JAIDS, takes inflammation research one step further to document the relationship between inflammation and other serious health concerns for people with HIV, including kidney and liver injury and gastrointestinal inflammation. 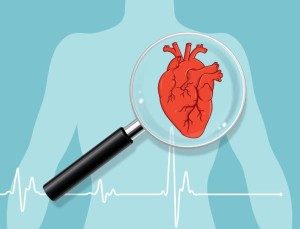 “There is a large set of adverse events that HIV-infected individuals suffer from that appear to be associated with inflammation,” lead study author Brian Hart told BETA. “These events are relatively common and can affect length and quality of life.”

“It’s been known for some time that chronic inflammation is a risk factor for a variety of end-organ (or organ system) disease; this has been reported in both the general- and HIV-infected populations. In the ART era, it’s notable and of concern that among people living with HIV with viral suppression that levels of inflammation, often assessed by measuring levels of circulating biomarkers, like IL-6 or D-dimer remain higher than HIV-uninfected people,” Young noted.

Details of the study

The study used data from two large international HIV st­udies, the Strategies for Management of Antiretroviral Therapy (SMART) study and the Evaluation of Subcutaneous Proleukin in a Randomized International Trial (ESPRIT). A total of 3,568 individuals with viral loads below 500 copies/mL who were enrolled in SMART and ESPRIT. About 23% were women, the median age was 42, 26% reported an AIDS event before study enrollment, and the median time on treatment was five years.

The researchers looked for the occurrence of conditions known to be associated with inflammation in people living with HIV (cardiovascular disease events like heart attacks, non-AIDS related cancer, and AIDS-related conditions).

In addition, they assessed the occurrence of other grade-4 (serious or life-threatening) events including gastroenteritis, liver cirrhosis, acute kidney failure, acute pancreas inflammation, appendicitis and hepatitis C. The researchers also analyzed levels of inflammation “markers” (proteins found in the blood such as D-dimer and IL-6).

Results of the study

Out of the 3,568 participants included, 252 individuals were diagnosed with at least one AIDS-related complication, cardiovascular disease event, or non-AIDS-related cancer.

Individuals who experienced a grade-4 event had higher median IL-6 and D-dimer levels at baseline (a finding that was statistically significant). These higher levels of inflammation were strongly associated with higher risk of experiencing a potentially life-threatening event.

“We found that grade-4 events were more common than AIDS, CVD or non-AIDS cancer events, and that they were associated with a similar risk of death as AIDS events,” Hart said.

“These findings raise the important chicken-and-eggs issue as to whether the inflammation is the cause or effect of HIV, or other underlying disease process—a yet unresolved, but important issue,” said Benjamin Young, MD, PhD, senior vice president and chief medical officer of the International Association of Providers in AIDS Care (IAPAC).

What can people living with HIV do to try and combat chronic inflammation?

“Our article suggests that such treatments might impact the risk of many conditions aside from AIDS, CVD and non-AIDS cancer events. Confirmation of our findings could lead to more efficient trial designs of novel anti-inflammatory agents,” Hart concluded.

Hart, B.B. and colleagues. Inflammation-Related Morbidity and Mortality Among HIV-Positive Adults: How Extensive Is It? JAIDS, January 2018.

Warren Tong is a freelance health and science journalist, with an extensive background writing about HIV and hepatitis C.

Although the number of new HIV infections declined again last year, other disparities continue -- and may only worsen with COVID-19.