Skip to content
Services are currently available in-person and online. Masks are required at all of our locations and other safety protocols are in place. Click here to learn more.
Home / community engagement

Join comedians and money buffs Dara M Wilson and Yasmine Khan for a hilarious and informative event brought to you by QTPOC at Strut, Money Honeys!
Dara, Yas dive deep on a money topic, telling personal stories, uncovering institutional traps, and arming you with tools to improve your money-life! The show is 50% comedy, 50% education, and 0% judging you. Forget all the snobby money advice you’ve heard (cutting avocado toast is not going to buy you a house!) – Money Honeys is the podcast and show about money from two ladies of color that won’t make you hate yourself. This is the first of a three part event! Info on their special guest coming soon!
Register now to get your tickets on EventBrite! Here is the link: https://www.eventbrite.com/…/qtpoc-at-strut-presents…
Follow Money HA HA on twitter to get all the updates and listen to the podcast https://twitter.com/moneyhahapod
Questions about Strut or San Francisco AIDS Foundation events please contact the community event manager Baruch Porras Hernandez at baruch@sfaf.org
Strut Limited Clinical Services:
Tuesday through Saturday, 10 am – 4 pm
Walk-in clients are not being seen at this time.
Please call the clinic at 415-581-1600 for instruction
Community

After 30-years of community building, parade grand marshal and HIV activist says the end of transmission won’t be over as long as people feel challenged to seek treatment.
By San Francisco AIDS Foundation 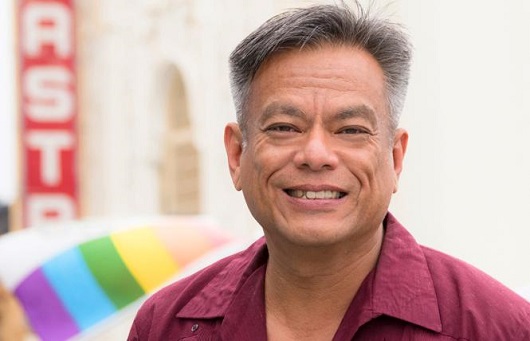 After dedicating more than 30 years to HIV activism, Vince Crisostomo will be thrust before over 100,000 onlookers as he parades down Market Street as a community grand marshal during the 2019 San Francisco Pride celebration on Sunday, June 30.

A long-term AIDS survivor, Crisostomo is committed to reducing social isolation and building community for people living with HIV. And almost four decades after the epidemic ravaged much of San Francisco’s gay community, he believes there is still work to be done.

The 58-year old’s passion for bringing health care and social justice to people of every sexual identity, HIV status, gender, race and age is exemplified through his work. He’s both program manager for San Francisco AIDS Foundation’s Elizabeth Taylor 50-Plus Network and co-chair of the HIV and Aging Work Group of Mayor’s Long-Term Care Coordinating Council of which he is also a member.

In 1985 at 24 years old, his trajectory towards activism began in New York. He worked as waiter and barback in a West Village gay bar and began noticing a lot of his clients would “just disappear.”

After learning about HIV and AIDS, he began to volunteer doing hospital visitations. He recalled one of his first clients, an “incredibly unhappy, almost bitter” man who inadvertently had an impact on him.

“I’d come into his room bouncing off the walls with energy trying to cheer him up,” Crisostomo said. “I remember him calling me to his bed and saying I was an asshole and that I wasn’t doing this for him; I was doing it for me. He said, ‘You don’t care one thing about me.’”

That taught Crisostomo an invaluable lesson. “Since then, that’s how I do my community engagement: I listen, I observe, and I see where can I insert myself that will do the most good. I just ask [what their needs are]. I learned that from my first client.”

Still processing his new “grand marshal” moniker, Crisostomo said he’s moved by the responses he’s gotten from near and far since the announcement.

“The leader of the grassroots sex worker network in Malaysia said she was really proud that I would be representing her in the parade,” he said. “I guess people are interested in my story.”

Crisostomo admitted that being a long-term survivor is not as easy as he makes it look.

“I don’t know how people see me, but there’s a lot of scars,” he said. “To live through a pandemic — a plague — to be so stigmatized, to watch your friends die [and] not have the chance to grieve them, there’s a lot of trauma involved in that.”

He finds comfort in the peer elements of 50-Plus, the social support group at SFAF for gay, bisexual and trans men over age 50, which he’s overseen since 2014. Chances are, he said, in the group you’ll find someone who’s had the exact same or a similar experience.

The truth of the matter, Crisostomo added, is that there are still human rights violations and the stigma around HIV is huge, particularly in communities like the Native Hawaiian, Asian American and Pacific Islander communities.

“Even though there have been some great medical advances, not everybody got the memo. I find people who are knowledgeable about HIV and AIDS and it doesn’t always translate into a skill to protect themselves.”

As long as people feel challenged or stigmatized to get tested for HIV, Crisostomo said the fight to end transmission is not going to be over — particularly in communities of color.

“It’s shocking when you hear the statistics in the South among people of color, mostly Blacks, are similar to what gay men in San Francisco had in the ‘90s.”

With the 2019 Pride parade on the horizon, Crisostomo is still getting used to the idea.

“At first I thought it was a little silly,” he confessed. “On June 30, when we’re going down [the parade route on] Market Street, it will be kinda like a homecoming.

“I can never in my life say that I wasn’t appreciated. This really changed my story. At 50-Plus, we’re the generation that didn’t plan to live. It’s been hard to envision what the future might look like. So now’s the time to start planning and envisioning that.”