Forty years ago, in December, 1982, fear of AIDS loomed large. Gay men went from health, to sick, to dead within days. People lost lovers, friends, partners, children to a mysterious disease with no known cure. After a diagnosis of the dreaded Kaposi’s sarcoma, the likelihood of death within two years was more than 80%. The likelihood of death within five years was all but guaranteed.

In 40 years, we’ve come a long way in our response to HIV and AIDS. We have fast, reliable tests to detect the virus that causes AIDS. We know precisely how HIV is transmitted, and we have effective medications that can prevent HIV transmission. We have powerful antiretrovirals that suppress HIV to “undetectable” levels and enable people with HIV to live long and healthy lives. We have comprehensive support and wrap-around care for people who are newly diagnosed and people living with HIV. And we have done much to end stigma and discrimination around HIV and AIDS. 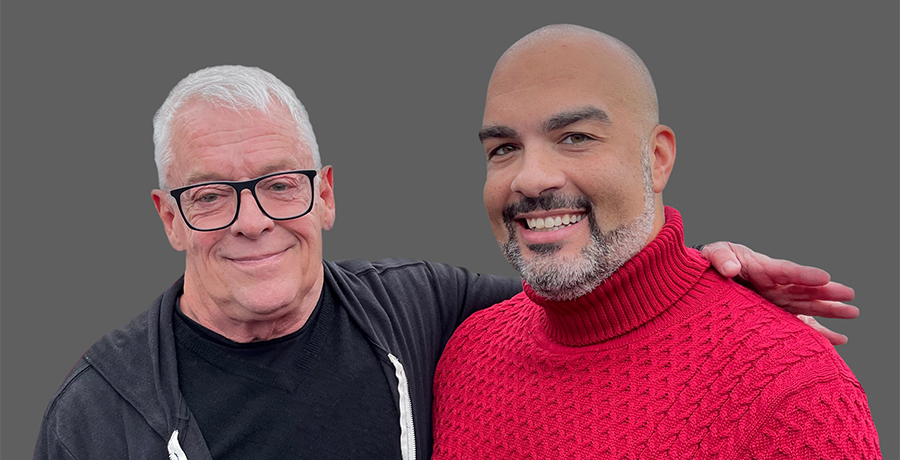 Dr. Tyler TerMeer: It’s a pleasure to speak with you, Cleve, and Dr. Volberding, as always. And what an honor to lead SFAF and reflect on its long history of activism, education, and service. World AIDS Day, founded in 1988, is a day when many of us reflect on those we’ve lost to the epidemic. It’s a day when I think about my own journey living with the virus and the incredible people, like the two of you, it has brought into my life both personally and professionally.

Would you share what you’re thinking about on this World AIDS Day?

Dr. Volberding: World AIDS Day serves as a reminder that we still have a job to do. We have so many tools to end the epidemic, but huge challenges remain. Early in the epidemic, AIDS was in the news all of the time. But these days, that’s faded. World AIDS Day helps bring coverage and awareness about HIV and AIDS to the forefront, which is important.

Cleve Jones: This is true for me as well. World AIDS Day is a reminder that we can’t win these fights if we don’t have global solidarity. These are global struggles, and there are international challenges. Just as we’ve seen with Covid-19, nations don’t live separately from others. Our lives are interconnected, and our struggles against disease and poverty and racism are also interconnected.

I think it’s imperative that we raise awareness about how HIV and AIDS continue to be a major global health issue. It may feel like AIDS is a concern of the past, but this couldn’t be further from the truth. We have more than 40 million people living with the virus, and 1.5 million new infections happening every year. There are incredible challenges that just haven’t been solved.

Dr. Volberding: The discussion about equity is hugely important, and something that needs to be talked about this World AIDS Day. San Francisco has made a lot of progress, but we must reflect on how there are so many communities in our country, and of course around the world, that are not similarly benefiting. We must renew our focus on that.

Dr. TerMeer: That’s an interesting point, Dr. Volberding. San Francisco has made a lot of progress, and in many ways is seen as a leader in HIV and AIDS innovation, prevention, and care. That of course is due to the groundbreaking work that you both–and many other leaders in HIV and AIDS in the Bay Area–did in the early years of the epidemic. You identified the needs of the community, and acted quickly to call attention and resources to the issue. What can you share with us about that moment in history, and the moments that led to the founding of San Francisco AIDS Foundation?

Dr. Volberding: This was a time when there was so little reason for hope. I do remember sitting at the table with Marcus Conant and others who were leading the effort. It was a very humble start–a very grassroots effort. People involved in the AIDS response were willing to stand up, and do the work, at a time when so many people weren’t. From those beginnings–and now, to reflect on the work that the foundation has done, bringing the community together and focusing on advocacy, that is something to celebrate.

Cleve Jones: I agree that there felt like little reason for hope in those early years. Many of us were terrified, and many of us were angry. We knew–and we were right–that Washington wouldn’t respond in the ways that were needed to this new threat. If we wanted to save our community, we’d have to step up and do it ourselves.

Dr. TerMeer: You all certainly did step up. Hearing about that time–the marches, the vigils, the acts of civil disobedience, and the services that were built–it’s as inspiring as it is heartbreaking. Since this is World AIDS Day, what can you tell us about the very first World AIDS Day in San Francisco?

Cleve Jones: The history of World AIDS Day has a connection to San Francisco, through the incredible reporter named Jim Bunn. In the early 1980s, Jim worked with KPIX, San Francisco AIDS Foundation, and the Department of Public Health to create news stories that shared solid information about AIDS, and the real-life stories of people affected by AIDS and its resulting stigma and discrimination. Because of his reporting on AIDS, Jim went on to work at the World Health Organization. He and a colleague, Tom Netter, proposed a “day” to focus media and community attention on HIV and AIDS. The idea was pushed forward by Dr. Jonathan Mann, an extraordinary hero in the early fight against AIDS.

I met Dr. Mann that year at the International AIDS Conference in Stockholm. He was very moved by the AIDS Memorial Quilt, which we had begun just one year before in 1987. He reached out to my team at the Quilt, and had this idea to bring the Quilt to New York City at the United Nations headquarters, Geneva at the World Health Organization headquarters, and Bangkok, London, Sydney, and Brazil. People ended up bringing sections of the Quilt in their backpacks to these locations across the globe. It was the first visual symbol of international solidarity in AIDS.

Dr. TerMeer: It sounds incredibly powerful and I’m sure that it was also incredibly meaningful to so many being impacted by AIDS. Thank you both for sharing your memories, and for all you continue to do to raise awareness about HIV and AIDS. As you’ve said, our work is not done. Today is a day for us all to reflect and remember that.

Cleve Jones is co-founder of San Francisco AIDS Foundation, creator of the NAMES Project AIDS Memorial Quilt, and author of When We Rise: My Life in the Movement. He is a human rights activist with a history of activism spanning five decades.

Tyler TerMeer, PhD, is CEO of San Francisco AIDS Foundation and co-chair of the AIDS United Public Policy Council. He is passionate about improving the health of people living with HIV, ensuring that LGBTQ+ people have access to affirming care, and supporting and empowering Black-led organizations and BIPOC leaders. Dr. TerMeer has been honored by the White House as one of the “Nation’s Emerging LGBTQ+ Leaders,” and as part of the “Nation’s Emerging Black Leadership.”

Paul Volberding, MD, is a cancer specialist who has spent his career responding to the HIV epidemic. He is a cofounder of San Francisco AIDS Foundation, founded the first inpatient ward for people with HIV and AIDS at San Francisco General Hospital, and worked in clinical trials to develop antiretroviral therapies. He has previously served as the co-director of the UCSF-Gladstone Center for AIDS Research, as the Chief of the Medical Services at the San Francisco VA Medical Center, the Director of the UCSF AIDS  Research Institute, and the Director of the amfAR Institute for HIV Cure. He is the Clinical Editor in Chief of the Journal of the Acquired Immunodeficiency Syndromes.

This year on World AIDS Day, San Francisco AIDS Foundation remembers our history as we look to the future of HIV.

We honor the many leaders, activists, survivors, volunteers, and educators who took bold steps to confront an epidemic growing in our community. We mourn the loss of so many of our lovers, friends, and family members, and we celebrate the many survivors who have paved the way and defined what it means to live well with HIV. On this day, we hold the difficult memories from 40 years of HIV and AIDS, and at the same time look forward to a future of health justice for all. 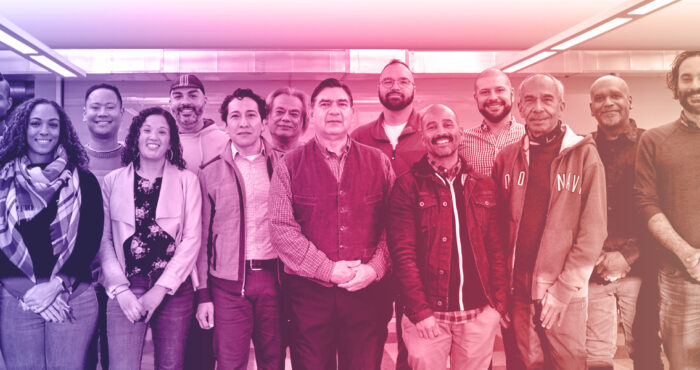 Catching up with SFAF leaders about their work in 2023

SFAF leaders share what they’re looking forward to in the new year, and their hopes for SFAF’s work in race equity, harm reduction, HIV, sexual health, and more.

A recent phase 3 study was halted when an interim review found the vaccine failed to slow HIV infections. Although discouraging, failed HIV vaccine studies teach us what doesn’t work--which is still progress. 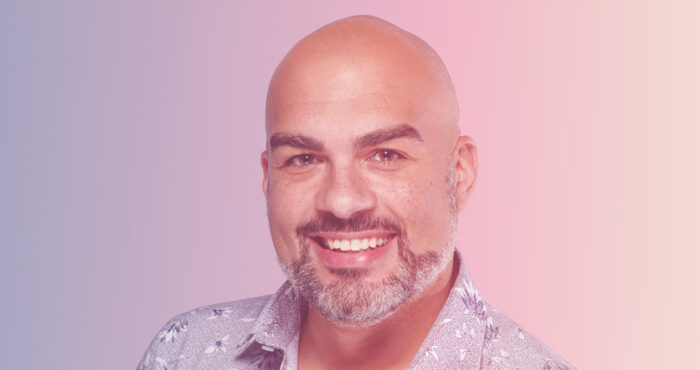